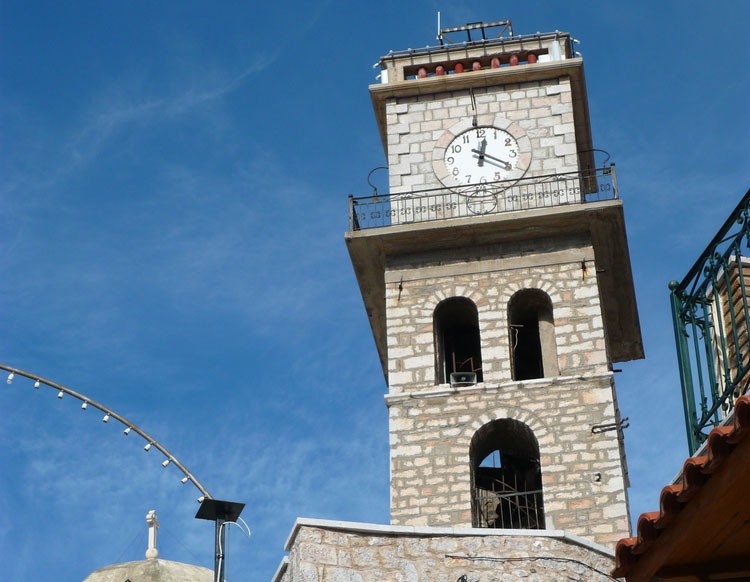 It is the hallmark of Arachova, the stone clock’s tower, also known as “The Time” by the locals, built on a steep cliff at the entrance of the town. The clock was built in the 18th century to serve as belfry of the adjacent metropolis of Arachova, from the Church of the Virgin Mary.

The devastating earthquake that struck Parnassus in 1870 caused major damage to the Clock, while its ruins blasted the German occupiers in March 1944. In 1966, the abbot of Osios Loukas, Nektarios Kamvasinos, has reconstructed it according to the original plans, at his own expense.

The Clock of Arachova dominates at the Rock of Time, otherwise called Turias, and for many years was used as a natural “refrigerator” for the famous cheeses from Arachova. Even earlier, before the Clock, at the Time to Rock, the canvassers has gone to announce the news, while during the occupation, according to witnesses, the residents hid here various objects.

The Clock is now one of the most photographed sights of Arachova, even at night that illuminated dramaturgically.