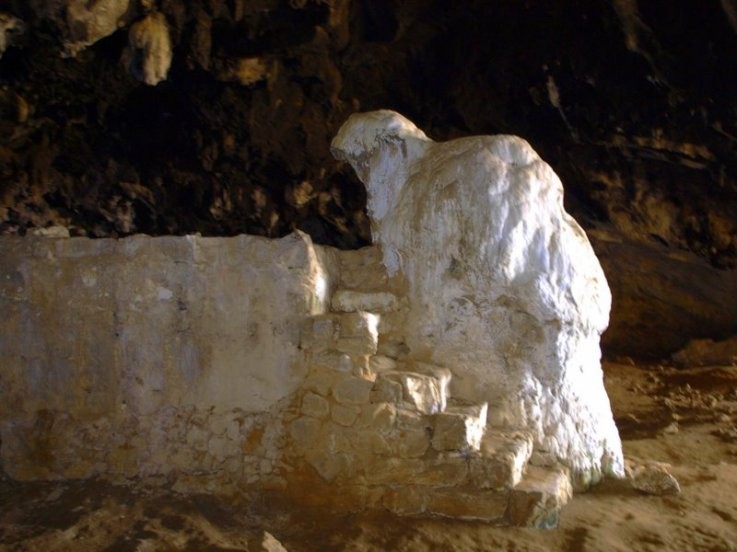 Arkoudospilios (or Cave of Virgin Arkoudiotissa) is located in Akrotiri of Chania, near the Monastery Gouvernetos. From there begins the path – approximately two kilometers, which crosses the gorge Aulaki and leads to the entrance of the cave. Very near lies the Catholic Monastery.

Arkoudospilios got its name from a stalagmite resembling a bear bent, ready to drink water from a small pond, formed at that spot.

The legend says that the Virgin Mary punished the bear by turning it into rock because it deprived the monks from the little water that was in the area.

From the inscriptions that have been found inside the Arkoudospilios, it is considered to be a place of worship of Apollo and Artemis.

Today, in Arkoudospilios is a small chapel dedicated to the Virgin Arkoudiotissa, which celebrates on 2nd of February (of the Presentation of Christ).

The locals light fires and spend the night in the cave on the eve of the celebration and that is why the roof of Arkoudospilios is blackened.