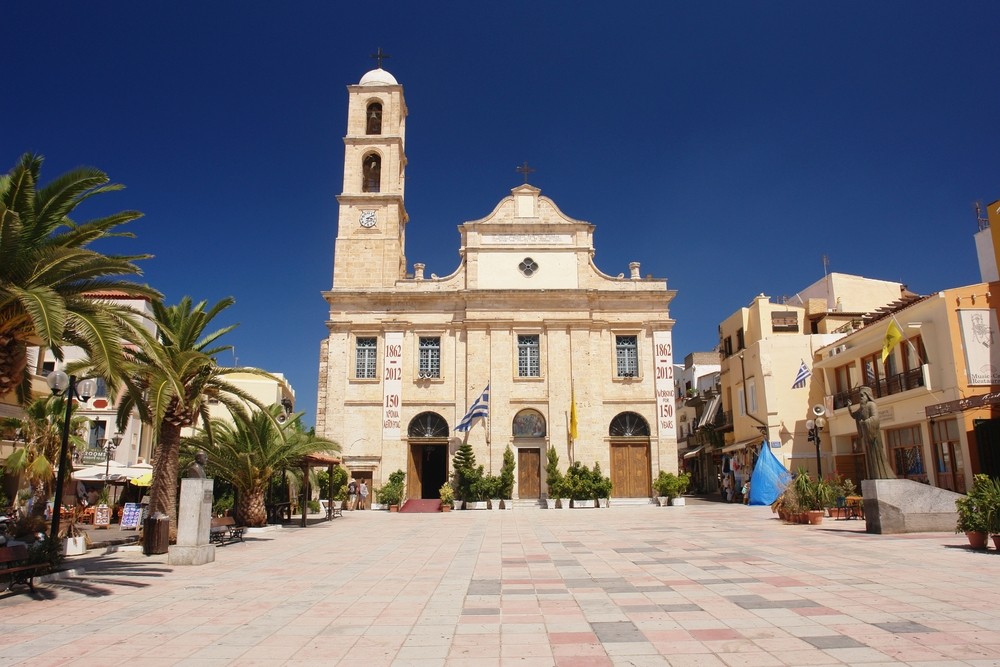 The Cathedral of the Presentation of the Blessed Virgin Mary (Trimartiri), in Chania, is located in the middle of Halidon Street in the old town.

The Cathedral of Chania is built in the exact position of an older temple, dating back to the 14th century. During the Ottoman Rule, the Cathedral of Chania turned into a soap factory. In fact, where today you see the belfry, were the cauldrons in which the materials for the production of soap were boiled. However, in a warehouse inside the temple, there was the image of the Presentation Virgin Mary with a candle always lit in front of it, with the tolerance of the Turkish Pasha of Chania.

The legend says that in the mid- 19th century, a man named Tserkaris was working at the soap factory, to whom Virgin Mary appeared, in a vision, and told him to leave because this place was her home and not a place for soap manufacturing. The craftsman left, taking the picture with him. Shortly thereafter, the child of Pasha fell in the well, to the south of the temple. Full of despair, the Turk Pasha appealed to Virgin Mary to help him save his child and promised that in return, he would give the church back to the Christians. The child got out of the well safe and sound and the Turk Pasha kept his promise and started the construction of the new church.

The construction of the Cathedral of Chania, dedicated to the Presentation of the Blessed Virgin Mary was completed in 1860, as a three-aisled basilica, with a raised middle aisle. The three aisles gave the name “Trimartiri” to the church. The temple is adorned with large and impressive icons by G. Kalliterakis, G. Stavrakis, E. Tripolitaki and D. Kokotsi.

The Cathedral celebrates the Presentation of the Blessed Virgin Mary on November 21st.