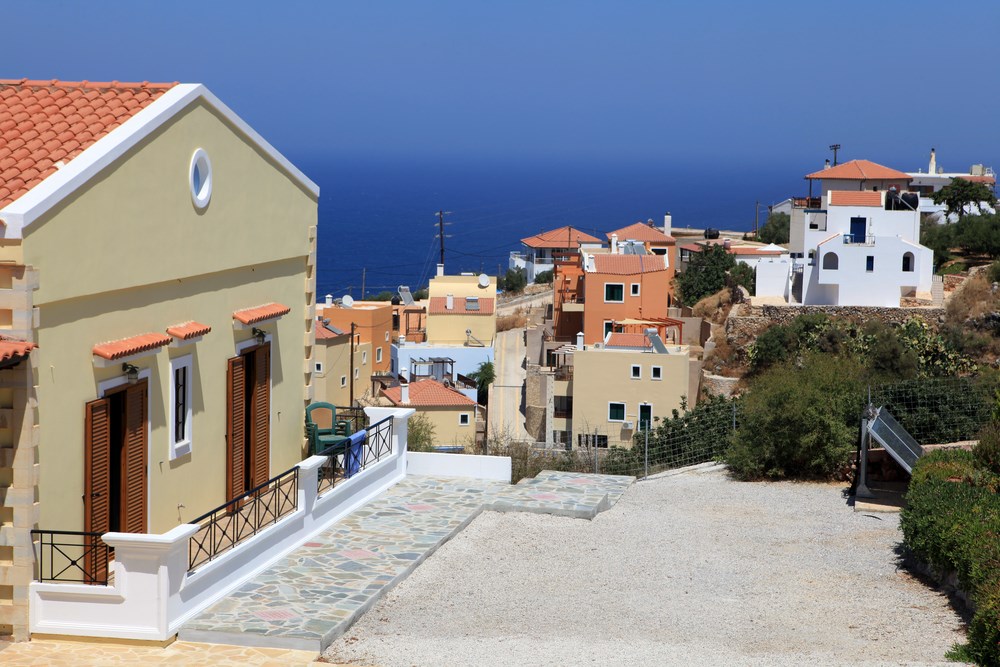 The village is located in the northwest part of Chania, at Apokoronas. It is one of the most traditional villages in the area with houses made of stone, beautiful churches (of St. George, St. Catherine and St. Haralambos, the central church of the village) and a picturesque central square. At a very close distance, there are several sandy beaches with crystal blue waters.

At this traditional Cretan scenery, those who want to have a few peaceful days of their holidays can find rooms for accommodation, taverns and cafes. The square in front of the central church of the village was the filming location of the 1964 film “Zorba the Greek” starring Anthony Quinn. In fact, this is where the scene of the wailing widow was shot.

According to the tradition, the name “Red Village” was attributed to the area during the Turkish occupation, when the invaders massacred all women and children of the village and the blood was flowing everywhere, making everything red.

The area around Red Village is characterized by its many caves: Karavospilios (or Petsi Spilios) is situated at the coastal area under the settlement, Katalimata is located in the center and the Cave of Drapanos just outside the Red Village was used by rebels during the German occupation, as it constituted an essential passage to the mountain.

Very close to the village, the “Cave of elephants” still exists. It is a cave in the sea, full of stalactites and stalagmites and the tour inside the cave is simply a unique experience.

Drapanokefala Hill is situated above the village and the strange shape it has, explains the Latin name Calapodha that was also attributed to the Hill during the Venetian period.

At the entrance of the village there is a glass processing factory, which is open to visitors.