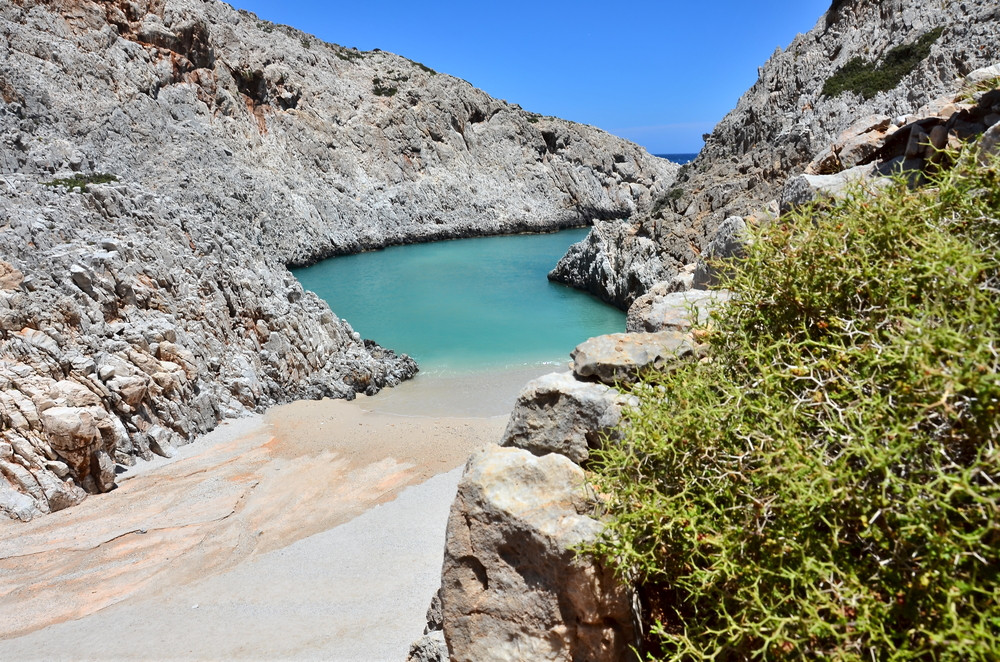 In Seitan Limania, on the northeast side of the peninsula of Akrotirio, 20 km away from the city of Chania , lies a beach different from all the others.

Stretches of water penetrate among the cliffs of Akrotiri, creating small coves. In one of them is the well hidden beach.

The word seitan is a Turkish word meaning “evil”, but Seitan Limania although translated as evil ports, is a completely misleading name. The heavenly environment and the blue color of the sea will convince you.

You will get to Seitan Limania from the village Chordaki, following the asphalted road to the end. There begins the rough, but short path that descends to the small coast.

The area of Seitan Limania is also known for the two small chapels of Saint Raphael and the oldest of Saint Spyridon. Locals also call the beach of Seitan Limania, “tou Stefanou”, meaning the crowns (stefania in greek) – the large rocks that dominate the landscape.