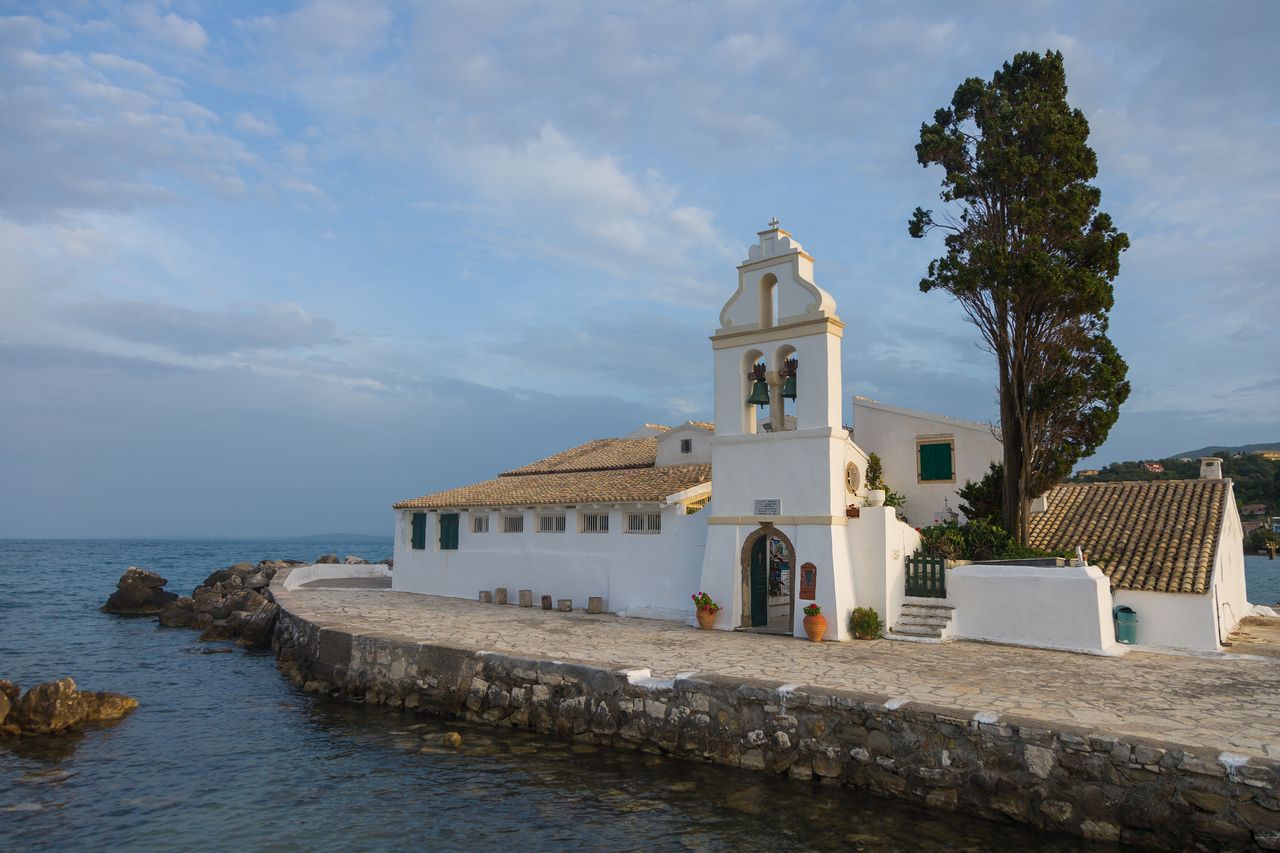 It is one of these two elements that synthesize the most popular picture of Corfu: Panagia of Vlaherna is the picturesque chapel that is located nearby Pontikonisi. It is built on a small islet in the lagoon of Chalikiopoulos which, is connected to land through a narrow trail made of stone and in this way Panagia of Vlaherna is accessible to pedestrians.

It is in this small bridge that the boats and sloops that transport the visitors near Pontikonisi, anchor where, access to it is prohibited in order to protect it.

Panagia of Vlaherna is situated below Kanoni, one of the most beautiful regions of Corfu from where, you can descend by the stairway that leads to the sea. It is a monastery and it was built, according to testimonies, during the 17th century. The last monk that lived there, left around 1980.

In order to enter Panagia of Vlaherna you must pass below the arched gate which, is formed by its bell-tower.

Panagia of Vlaherna along with Pontikonisi, are the most photographed landscapes of Corfu.