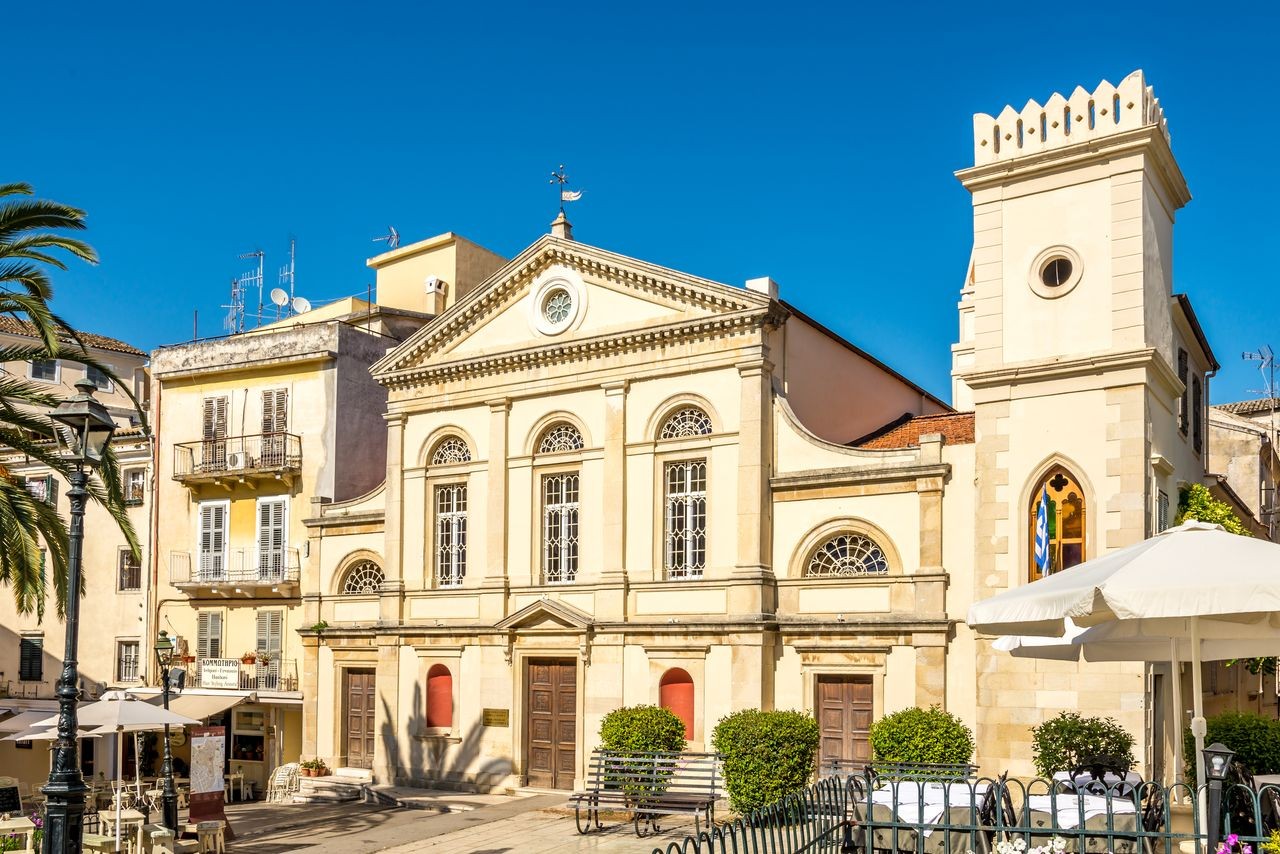 Saint Jacob, located in the Old City, is the cathedral of the Catholic Church in Corfu. It is one of the most beautiful, architectural creations one can find in the alleyways of Corfu and it is also situated near the impressive Town Hall.

Saint Jacob was built during the 16th century and was restored in the 70s because it was severely damaged by bombardments during World War II.

The cathedral of Corfu is known as Saint Jacob (or San Giacomo in Latin) but, it is also called Duomo and is dedicated to Saint Jacob and to Saint Christopher.

Information refers that in the position where, Saint Jacob is today, there was also a church of the 15th century, upon which was founded and inaugurated in 1553 the new cathedral.

Today the cathedral of Saint Jacob is single aisled, with wooden roof basilica and three sided chapels on each side, while the sanctuary is polygonal and large.

The facade of Saint Jacob is similar to the temples of Italy especially the ones in Venice, with the typical baroque, curved pediment, the Gothic tower and the tall bell-tower.

In Saint Jacob many relics of ecclesiastical art, such as the Crucified Christ in the Sanctuary and the Byzantine icon of Panagia of health are saved.

Today, Saint Jacob operates as a Catholic cathedral of the Archdiocese of Corfu, Kefalonia- Zakynthos.