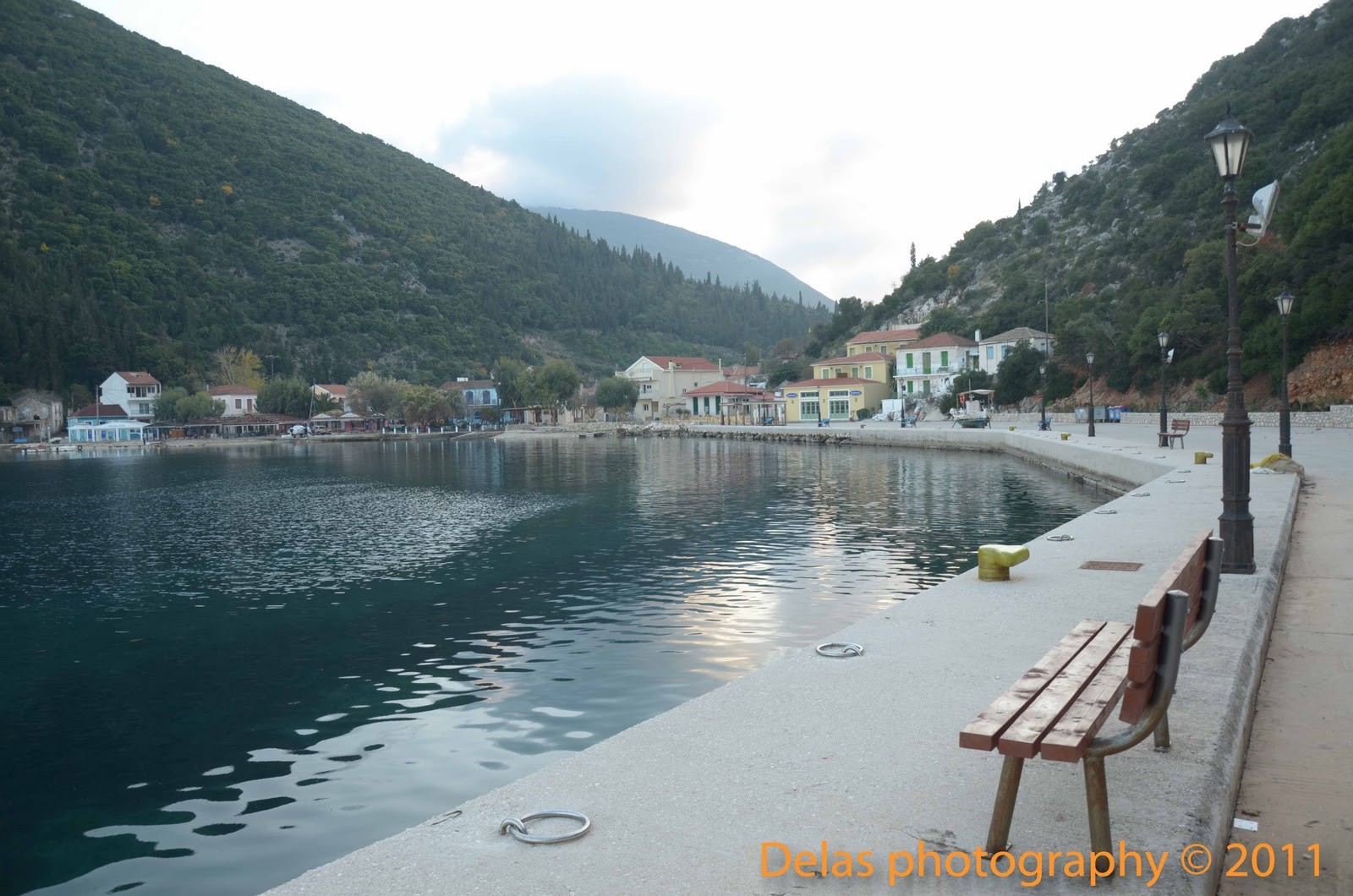 Frikes is the seaport of Platrithias, which, according to the archaeologists, used to be the Homeric harbor Rithros. Frikes is a fishing village of northern Ithaca, with about 50 residents.

The picturesque harbor of Frikes, with its two well-preserved windmills that are similar to war castles, was the maritime and commercial center of the northern part of the island in the early 20th-century. Today, boats from the port of Frikes connect Ithaca with Lefkada and the northern part of Kefalonia.

From Frikes starts a winding dirt road, that leads to the beach Marmakas and to the neighboring Alikes, that were also mentioned by Homer.

The beach of Frikes is ideal for walks and the restaurants located next to the sea offer delicious food. Countless boats arrive here every day and the small harbor becomes alive! At the beach of Frikes you will have the chance to see the statue of the great poet, Lorenzos Mavilis.

At the end of the road of Frikes there is another village, Kioni. To reach it, you have to cross Frikes. On the way there, you will have the unique opportunity to find and admire beautiful beaches with pebbles and crystal clear waters: Kourvoulia beach, that are in reality three beaches in a row, as well as some beaches in Kioni itself.

The small settlement of Frikes wrote its own history in late World War II (September 13, 1944), with the occupation of the German ship “Antoinette” by insurgents and rebels from the region.