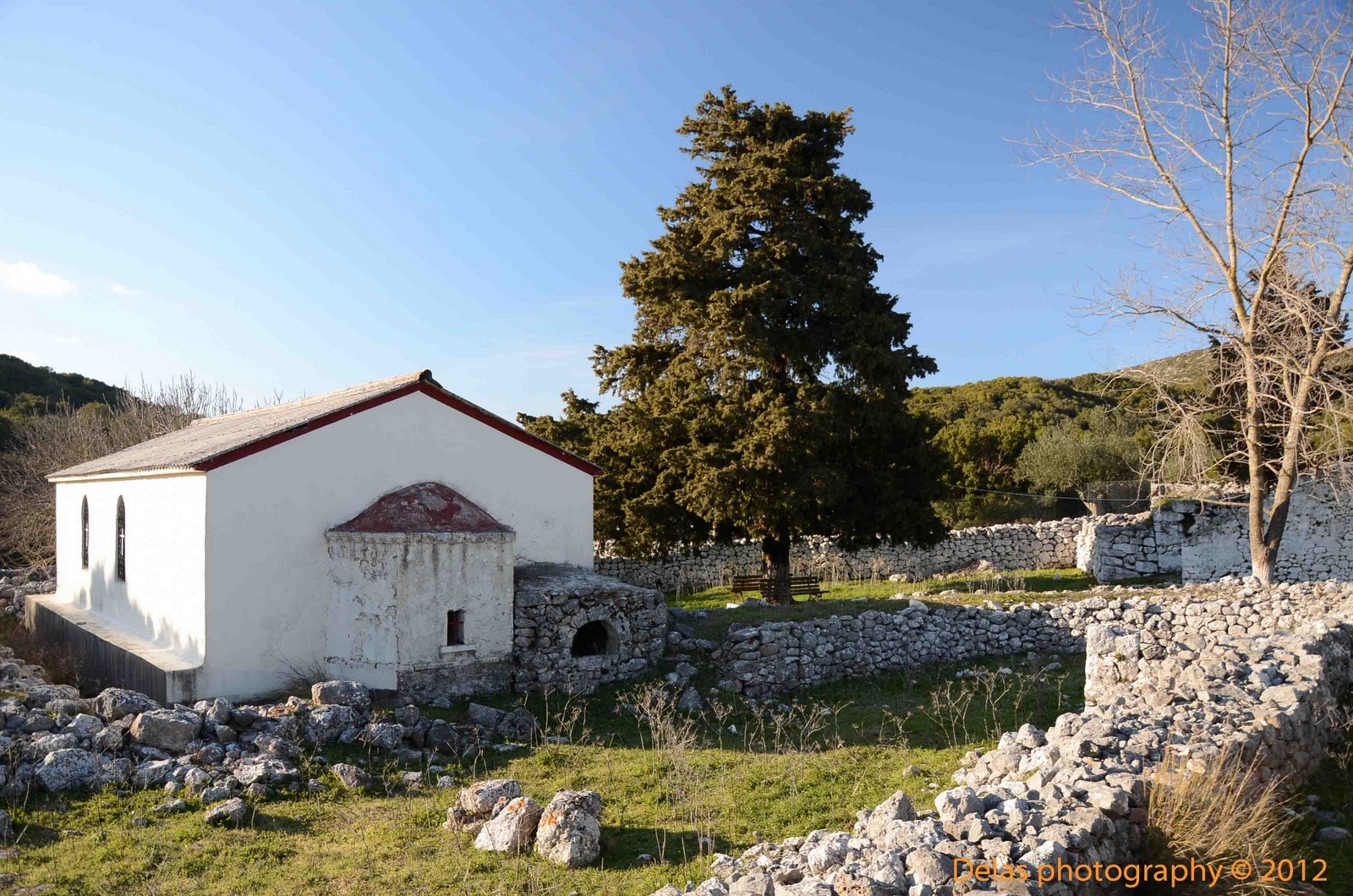 Moni Taxiarchon is located in southern Ithaca, in the region of Vouni, on the mountain behind Perachori. At the edge of the village, there is a dirt road that leads to the monastery, but it is quite bumpy and requires a suitable vehicle. The distance is not more than three kilometers and the road passes through dense vegetation and over green slopes.

According to tradition, Moni Taxiarchon was built in 1613. It was a small chapel with cells and a fence surrounding it, well preserved by the villagers. At the end of the road, opposite to the entrance of Moni Taxiarchon grows a big, tall yew (Pernar, as they call it in Ithaca). A tall cypress stands in the courtyard of the monastery, offering shade to the visitors and believers during the day of the celebration of the monastery, on July 13. The night before the celebration, a big feast is organized.

On the way to the Moni Taxiarchon, you will have the chance to see and admire the traditional, old, stone made threshing fields, where the grain was stomped to give out its nut. Behind Moni Taxiarchon, there is a large chestnut tree and a properly designed space where the people of Perachori used to celebrate the 1st of May and Kathara Deutera.