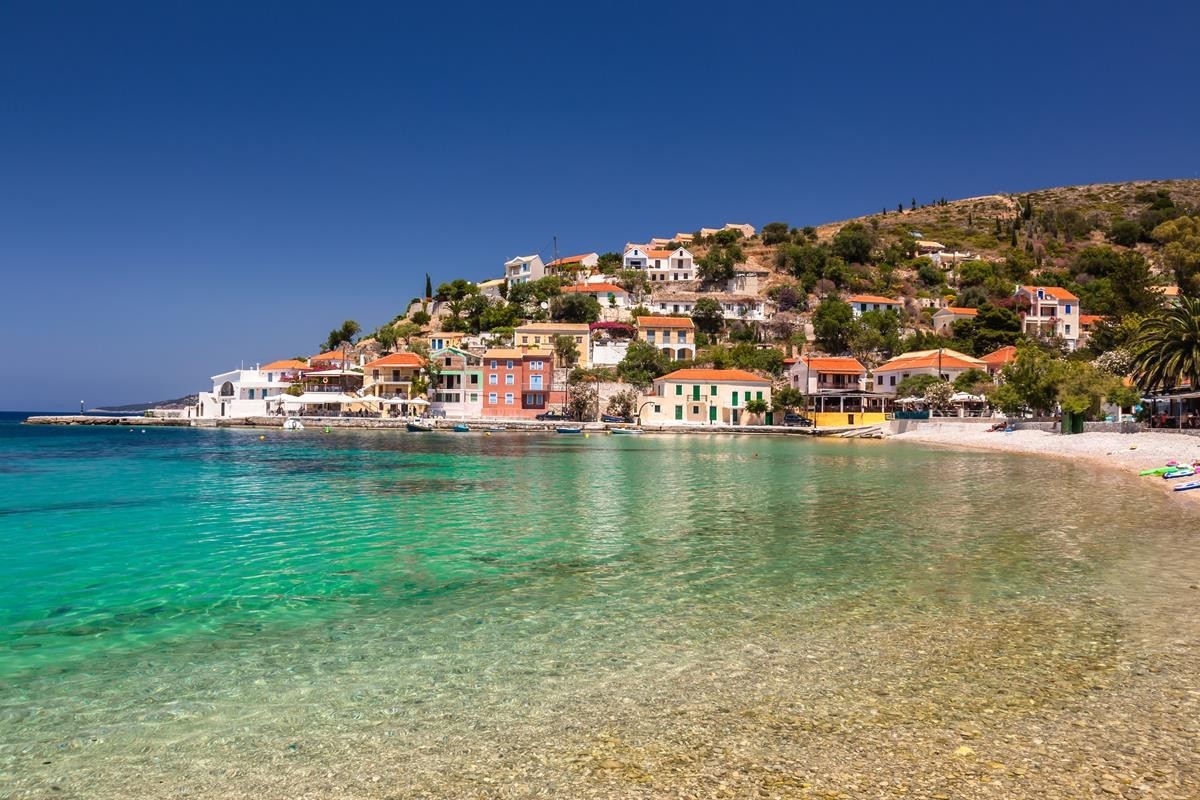 Assos Kefalonia is located on the northwestern side of the island. It is one of the most picturesque villages of Kefalonia: traditional houses, unique peninsula, the Castle of Assos , will amaze you!

Assos is very close to the beautiful beach of Myrtos and belongs to the former municipality of Erisos . The distance from Argostoli  is approximately 30 km. Its small port receives thousands of tourists during the summer season, but they are assimilated harmoniously by the landscape. Do not forget to go up to the Castle and admire the spectacular view!

The peninsula of Assos dominates in the landscape – with the clear blue sea, of course. It is combined with the rest of the island by a narrow strip of land, a sandy ‘neck’ as is mentioned, on which today has built a part of the village. It has double peak with an altitude of 154 meters, on which was built during the Venetian period the Castle of Assos and steep vertical cliffs that drop to the sea, especially those located in the back, towards the sea. On the opposite coast of the island is formed a bay that home the sheltered harbor of Assos.

The Venetian Castle of Assos was one of the great castles of the era, along with that of St. George. As the distance of 30 kilometers that separate it from Argostoli  is considered long for an island, while the route passes through the mountains of Kefalonia, the difficult connection with the capital prevented the creation of a strong center here. It was used as a prison and now remains only its ruins.