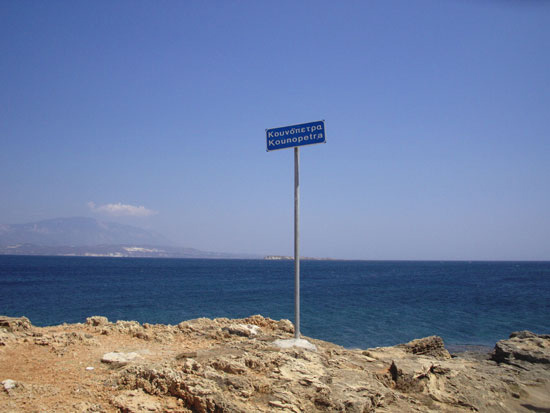 The beach Kounopetra is located on Akrotiri of Palliki , south of the village Mantzavinata. The beach is sandy and ideal for small children. It’s actually a small creek, near the picturesque harbor Kounopetra, one of the most traditional moorings of Kefalonia. Kounopetra has shallow waters and red sand, like the most beaches of Palliki, Xi , Koutalas and others. In Kounopetra, you will still find remnants of clay, which will give you the ability to enjoy a natural spa!

The area took its name from one of the strange geological phenomena encountered in Kefalonia. A large rock in the sea was Kounopetra, which as the name suggests, was moving unceasingly. It was a huge rock in a very slow, but unstoppable movement, a phenomenon that can be watched easily and directly until August of 1953, when an earthquake struck the island of Kefalonia.

The geologists and scientists, who examined Kounopetra, had concluded that perpetual movement is due to the “mess” of the rocks in bottom and the base of the rock, but also the air and sea around it. In any case, a rock that moves is a paradox of nature – something that the visitor can admire in Kefalonia, especially if he goes for swimming in the beach Kounopetra!

• Next to the natural phenomenon of Kounopetra