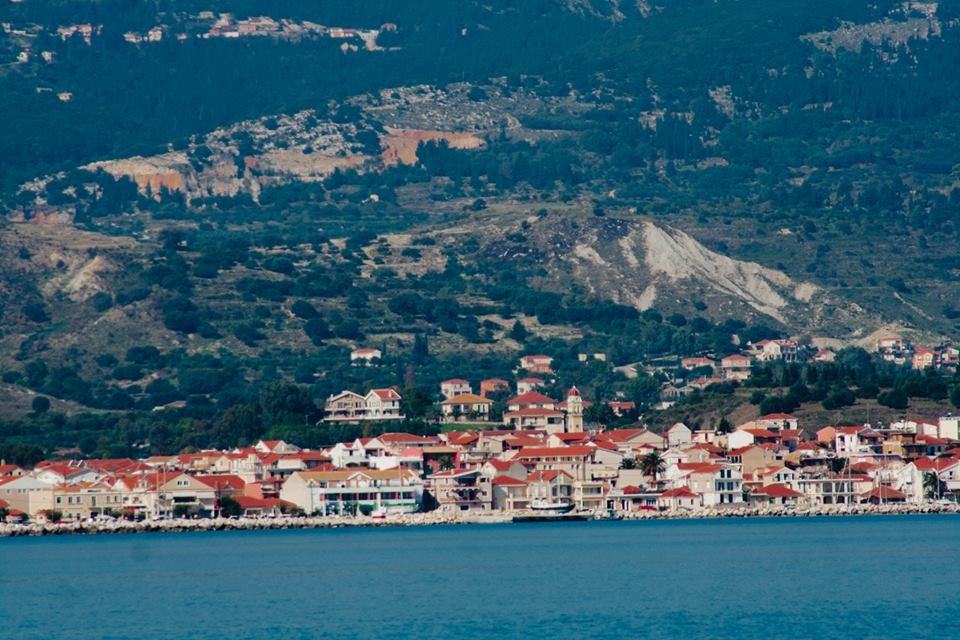 The second largest city of modern Kefalonia, Lixouri, in the province of Palliki has more than 3,750 residents, according to the 2011 census. It is located by sea, just across from Argostoli, to the southwest, communicates to the capital by frequent itineraries of small ferry boats, while the mileage is 34km. It is traversed by a raging torrent, which divides the city in two and small bridges connecting the one hand with the other.

The earthquake of 1953 had destroyed Lixouri completely and it was built from the beginning, based on modern town planning, which makes it by far the most beautiful provincial cities.

Lixouri is seen historically for the first time, in 1534, in the Venetian documents, but had experienced the largest growth in the early 19th century. Administrative services, trade, shipping and rich spiritual life gave Lixouri glamor such as to deny the primacy of Argostoli and lead to controversy and often conflicts between the two cities! On the beach in Lixouri stands out the statue of Andrew Laskaratos, satirical poet and one of the greatest spiritual figures of the city, facing its back towards Argostoli, forever reminding seasons of fierce rivalry.

In your walk in Lixouri, relax on the waterfront next to the sea, visit the main square and walk the streets to eat and enjoy, admire the Iakovatios Library, Agios Nikolaos of Minies and Agios Spyridon, where he lived and did miracles the priest – Mpasias, from Lixouri, saint of 19th century.

Nearby is the Monastery Kipouraion and wetland Livadi, where they end up more than 100 streams! As for beaches, based Lixouri, you will easily go Petani, which many compare with Myrtos, red Xi, in Platia Ammos, in Kounopetra and many others.

If finally, you say that you go to Lixouri and the inhabitants of Kefalonia you reply for «Picolo Paris» or “home of Colobaioi”, the same sense, it is simply facetious characterizations in the context of … ‘controversy’: Paris because of its cultural development and the stream that runs through the town, like the Seine in Paris and “Colobaioi” because in one of the carnivals (the best carnival of Kefalonia is here), the residents said that they had dressed crew of Columbus to represent the discovery of America – happening was so successful that had been written in history!