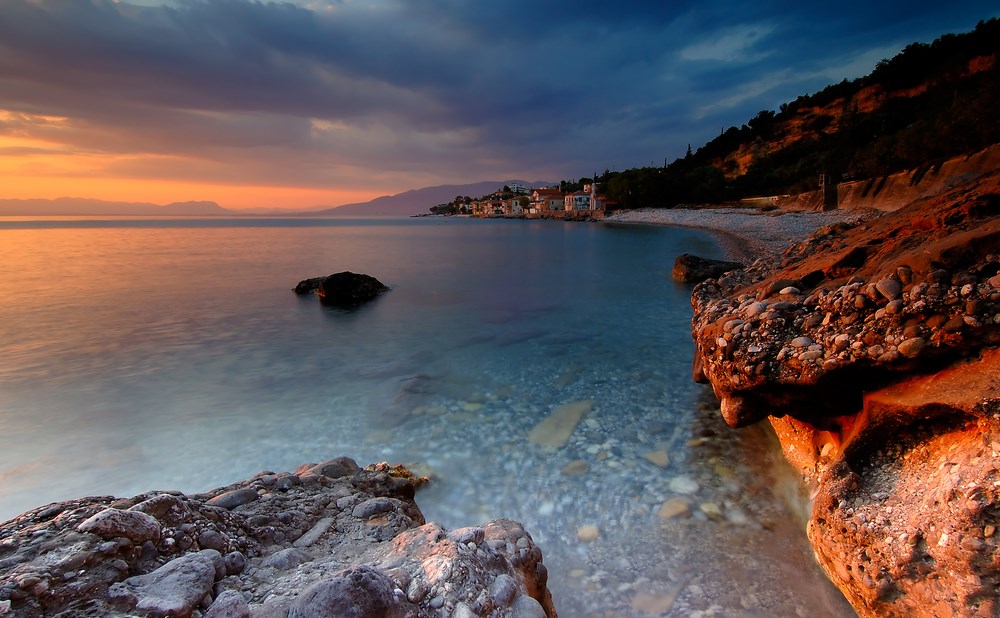 Avia has a beautiful natural terrain, beautiful beaches with crystal blue waters and panoramic views over the Messinian bay. Avia is just 10 miles at southeast of Kalamata and is a popular resort with considerable tourist traffic. It consists of the settlements Avia, Akrogiali (Kopanoi), Archontiko, Paleochora (or Paliochora ) and Megali Mantinea.

The area owes its current name to the mythical king of Messinia, Kresphontis, who renamed it after the conquest of Peloponnese by the Dorians , in honor of Avia, daughter of Hercules and the nurse of son of Hercules and Diianeira, Yllos (or Glinos). Avia, persecuted by the Achaeans, had found a refuge in this place to save the infant founding a church in honor of her father.

Valuable archaeological findings in the region reveal the cultural development since the early Mycenaean period. The ancient city of Avia flourished for about 1400 years, from the 11th century BC to the 3rd century AD and has often been a place of competition between the Messenians and the Spartans. Since the time of Pausanias (2nd century AD ) until early 15th century, in the place of ancient Avia we find the seat of the Venetian barony of Mantinea with the homonymous castle, but  we do not have any evidence for the region on the written sources and the only reference on the ancient past and not its present, exists on Ptolemaic maps.

The function of Asklipieio is known in the city during antiquity and was probably destroyed by barbarian invasions that troubled the Peloponnese during the early Byzantine (4th-6th c.) period. The present church of the Assumption was built in 1775 over the ruins of Asklieio. Other monuments of Avia which have been declared as historical buildings, are the churches of Agios Charalampos, Agios Dimitrios, Agios Nikolaos and the Annunciation and the building of the old mill in the mansion of Fragoulis.

Local attractions also include the church of Agios Georgios in a panoramic position, the gorge of Santava, the vast olive grove and the beautiful beaches of Arhontiko, Koukkinos, Lykotropia, Paleochora, Portela, Patsourou, Polyana , Akrogiali, Santova.