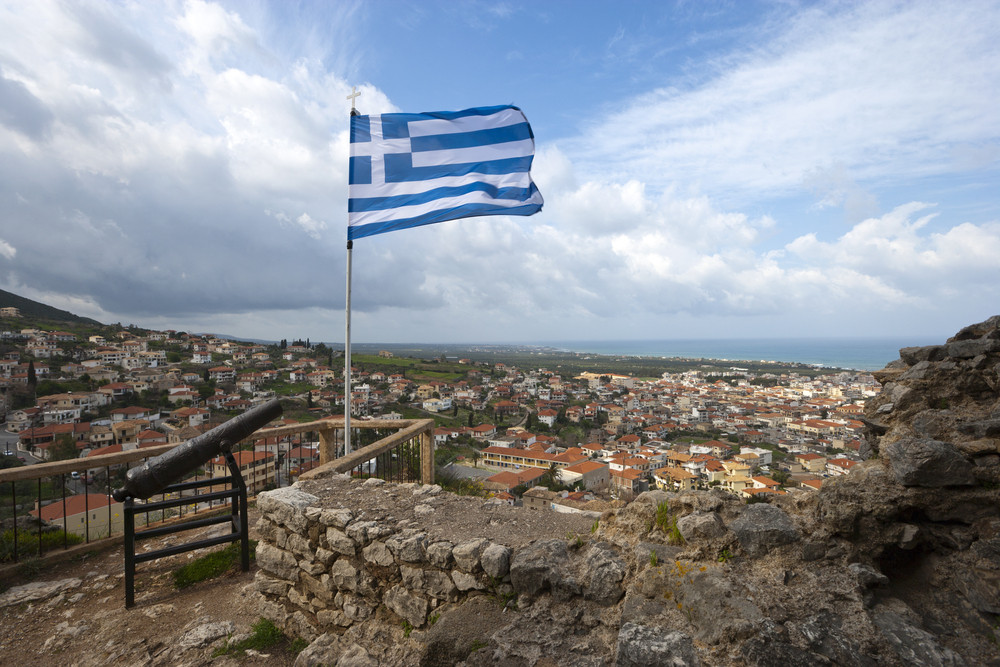 The history of the Castle of Kyparissia is lost in mythology and the “Giants”, that are said they built their castle on this hill. Its stones were enormous, some with length of 4m. and width of 1.64 m and others with a length of 1.38 m and a width of 1.80 meters and so the Castle was called “Castle of the Giants.”

Kyparissia was already inhabited since the Mycenaean era , flourished during the Hellenistic period and the ancient citadel was in the current position of the castle. On this ancient city a Byzantine fortress was built. During the Middle Ages the area was named Arkadia by many Arcadians who were gathered there due to Slavic raids in their area and the Castle of Kyparissia was named “Castle of Arcadia “, a name it retains until today. In 1205, the region was conquered by the Franks and the castle was fortified again and takes its current form. In the four corners of the castle there are built towers, one of which to the east , still exists and is called “Tower of Justinian”.

In the following centuries the castle of Kyparissia had suffered from many destructions and reconstructions of their conquerors, the Turks and Venetians. Residue from Ottoman domination is the square building next to the ruined gate of the inner enclosure which has been identified with the mosque.

Durning the 70s in the castle of Kyparissia there was built a small amphitheater that hosts summer cultural events.