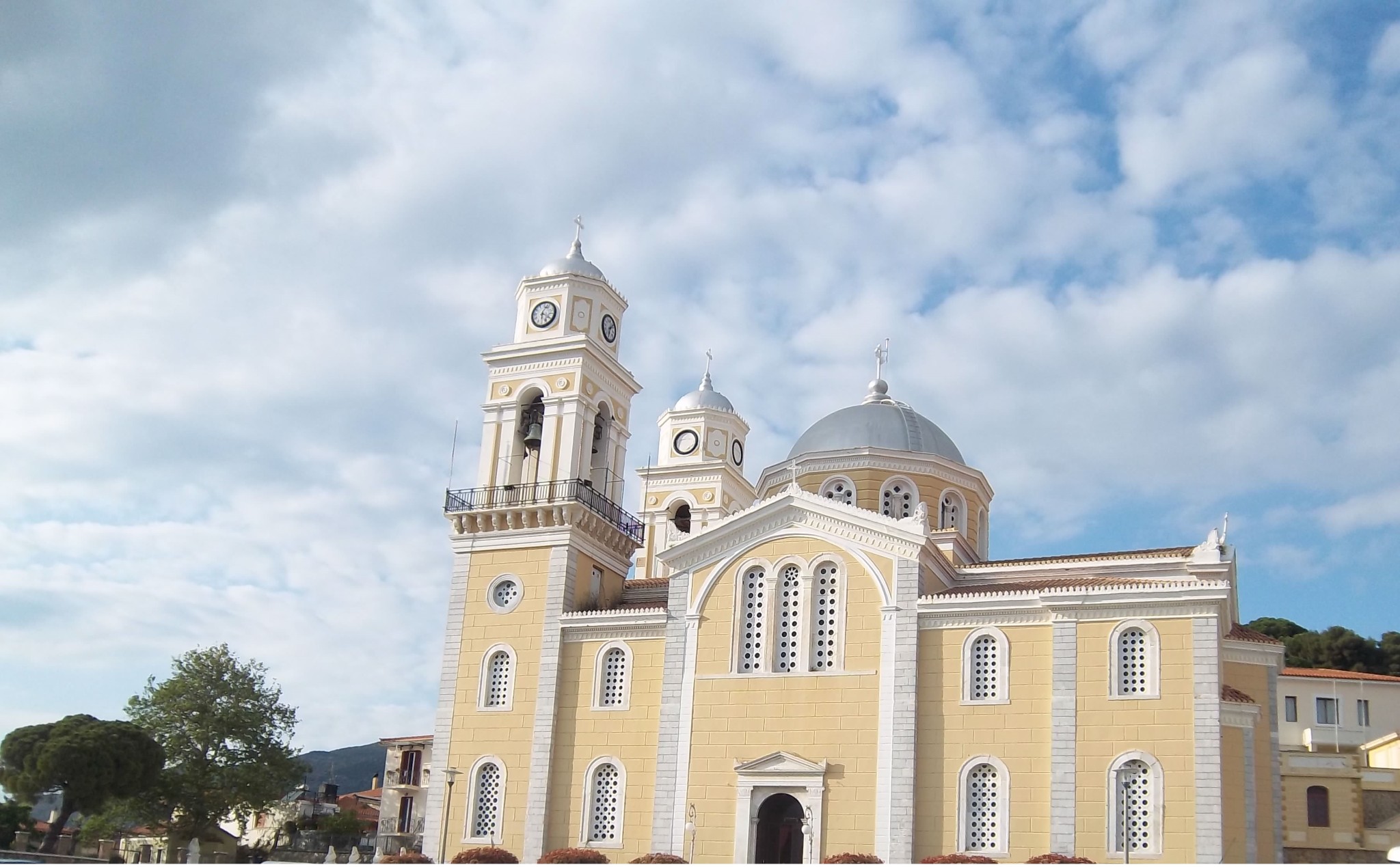 The church of Ypapanti that is on the square with the same name, is the Metropolitan church of Kalamata.

It was founded in 1860 and inaugurated in 1873 very close to the location that the old church existed until 1770 when it was burned, and that’s why there is a stone cross to the southeast of the Church of Ypapanti at the point where it is considered to be the altar with the inscription: “this plaque is reminiscent of sacred and sanctum”.

The church of Ypapanti belongs to the cruciform type with a dome and large narthex and has two bell towers. It was severely damaged by earthquakes in 1886 and 1986 but it was restored twice.

According to the legend the icon of the church of Ypapanti was found in the ruins of the temple that was destroyed in 1770 when the ostler of Turkish Pasha had made a stable for his horses and he saw in his dream a woman indicating him to dig there and find the icon.

The Metropolitan church of Ypapanti celebrates on February 2nd with the litany of the icon, which takes place every year since 1889, but the rituals as were formed in 1948, last 14 days starting from January 27th and ending on February 9th with a grand overnight vigil.