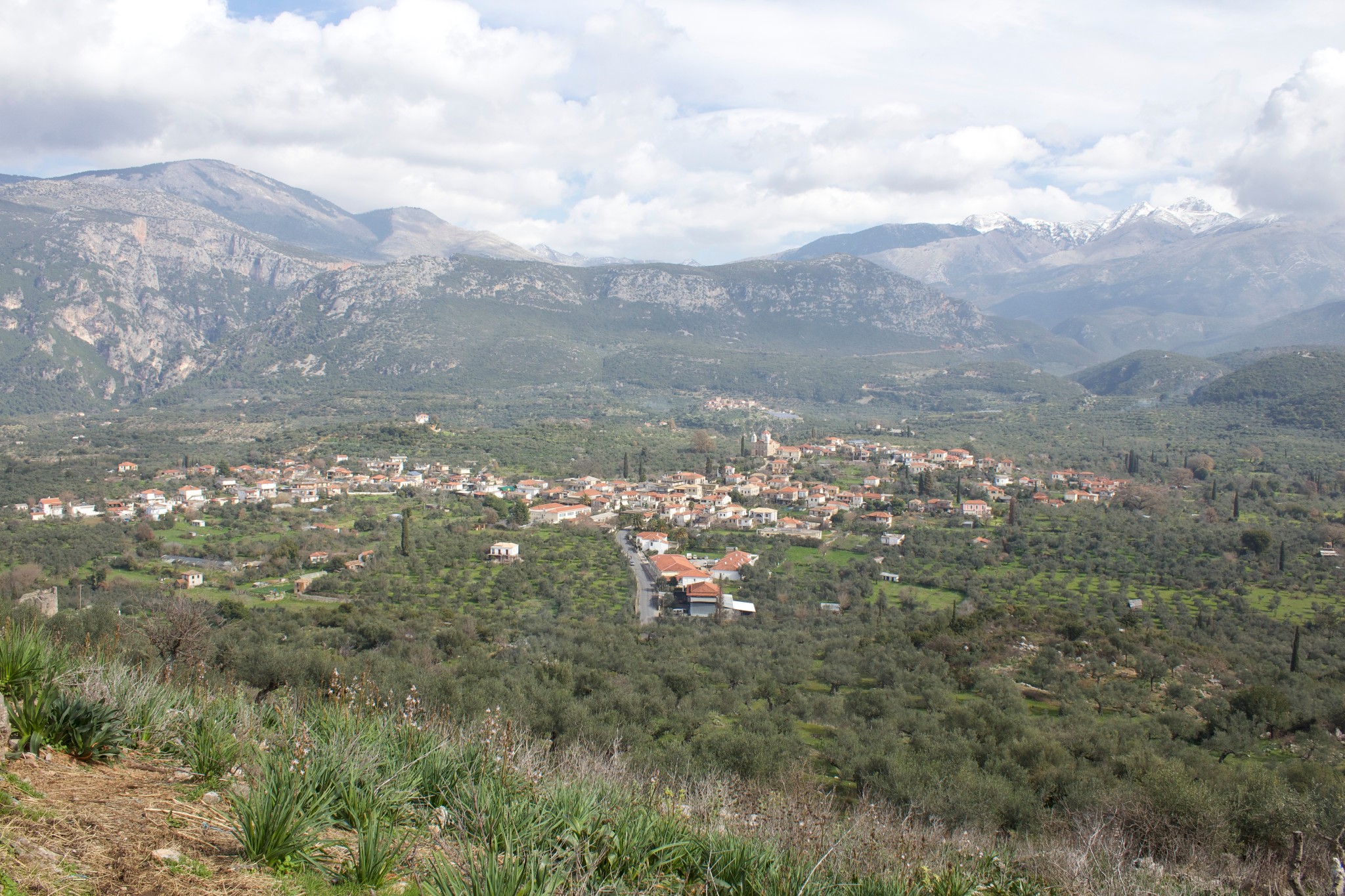 One of the most picturesque villages of Mani, Kampos of Avia is in a purely rural area, 22 km away from Kalamata. Kampos in the heart of the vast groves of Messinian land, succeeded ancient Gerinia (or Gerina) and earlier Mycenaean Enopi, one of the regions of Agamemnon according to Homer. According to Pausanias, Nestor, king of Pylos went there, when the city was occupied by Hercules,and he brought and buried the bones of Machaon, son of Asclepius, who was killed in the Trojan War.

Archeologists have found the royal Mycenaean vaulted “tomb of Machaon” in good condition, dated around 1250 BC in the archeological site of Garmpelia. Another building was also found and is either another tomb or ancient “Trikkaion Asklepieion” of Gerinia. In the same area, the visitor will see the Castle of Zarnata as well as a building of special historical value, the ruined tower of Koumoundouros, where Turks besieged and exterminated the Bey of Mani, Captain Koumoundouros. His descendant, Alexandros Koumoundouros, was born there and became Prime Minister of Greece.

Seven more buildings in Kampos, including the Church of Zoodochos Pigi with the carved temple and frescoes and the Byzantine church of Saint Theodoros  with the great frescoes, are classified as historical preservable monuments.

It is also worth visiting the twin cross-shaped church of St. John the Baptist (13th century).