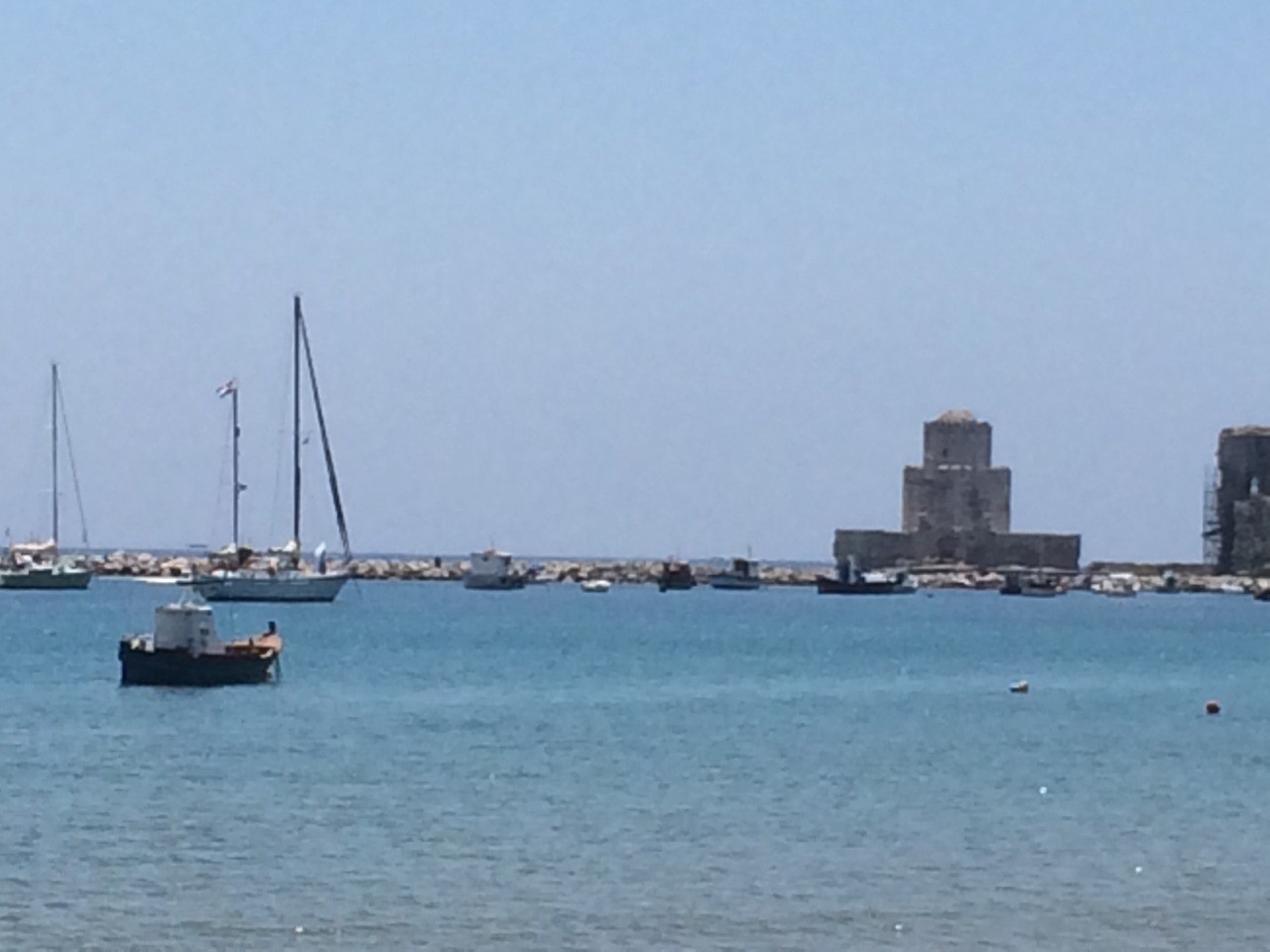 Mpourtzi, at Methoni in Messenia, is the small fortress on the islet at the south of the castle of Methoni, which is associated with an arched, stone-paved bridge.

Mpourtzi consists of an octagonal tower, surrounded by a low octagonal wall. The tower has two stories and it is covered by a semicircular dome. Stone stairs lead to the first floor of the tower, where a chamber is formed with cannons perimetrically placed.

The construction of the fortress at Mpourtzi began shortly before 1500 by the Venetians and it was completed by the Ottomans in the 16th century. According to the Turkish traveler Evliya Celebi, the fortress dates from the reign of Suleyman I the Magnificent (1520-1566), shortly after the fall of the Venetian Modon.

Mpourtzi was not used only as a fortress and a lighthouse, but also as a tower – prison, after the arrival of Ibrahim at Methoni in 1825, where hundreds of prisoners were tortured and found horrible death. Here, in October 1825, defeated by the hardships and cholera, “Saint Methoni», ie Gregory Papatheodorou, died. H was one of the priests who fought in the Greek Revolution. According to the tradition, his body was thrown in the foaming waves and disappeared.