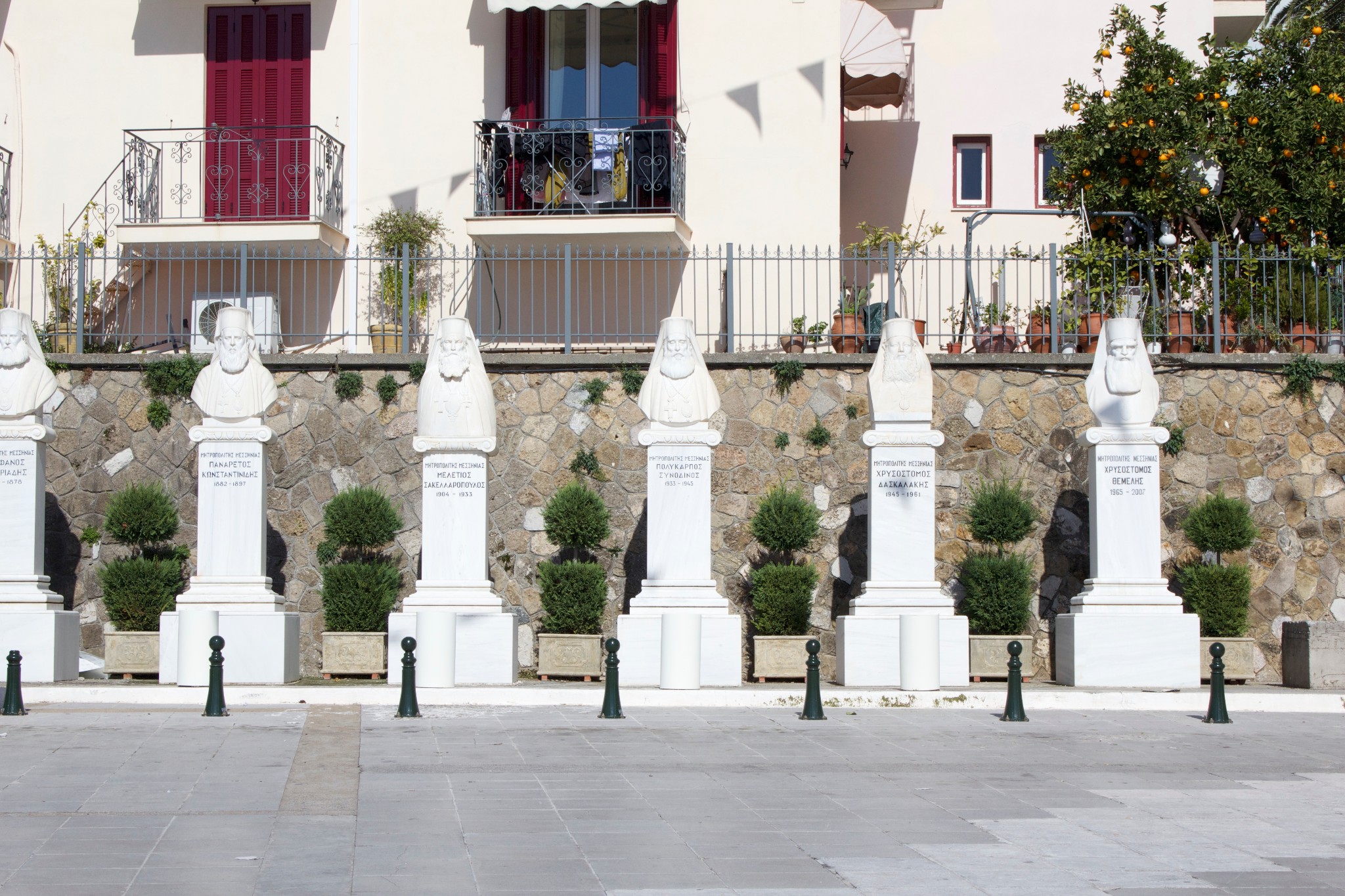 The area around the current square of Ypapanti to the south of the castle in Kalamata was the first area outside of castle of the city, that was inhabited. In this point they have also revealed foundations of a large building from antiquity.

In the square we can see the majestic Metropolitan Church of Ypapanti with double bells and silver domes. At southeast of the present church, in the courtyard of the square, there is a towering stone cross that reminds us that at this point there was probably the church of Ypapanti, which was destroyed in 1770 and then used by the conquerors as a stable. The elder P. Tzanis found there the half-burnt icon of Virgin Mary after dream, he saw.

On the northwest side of the square of Ypapanti there are busts of deceased bishops of Messinia, works of great sculptors.