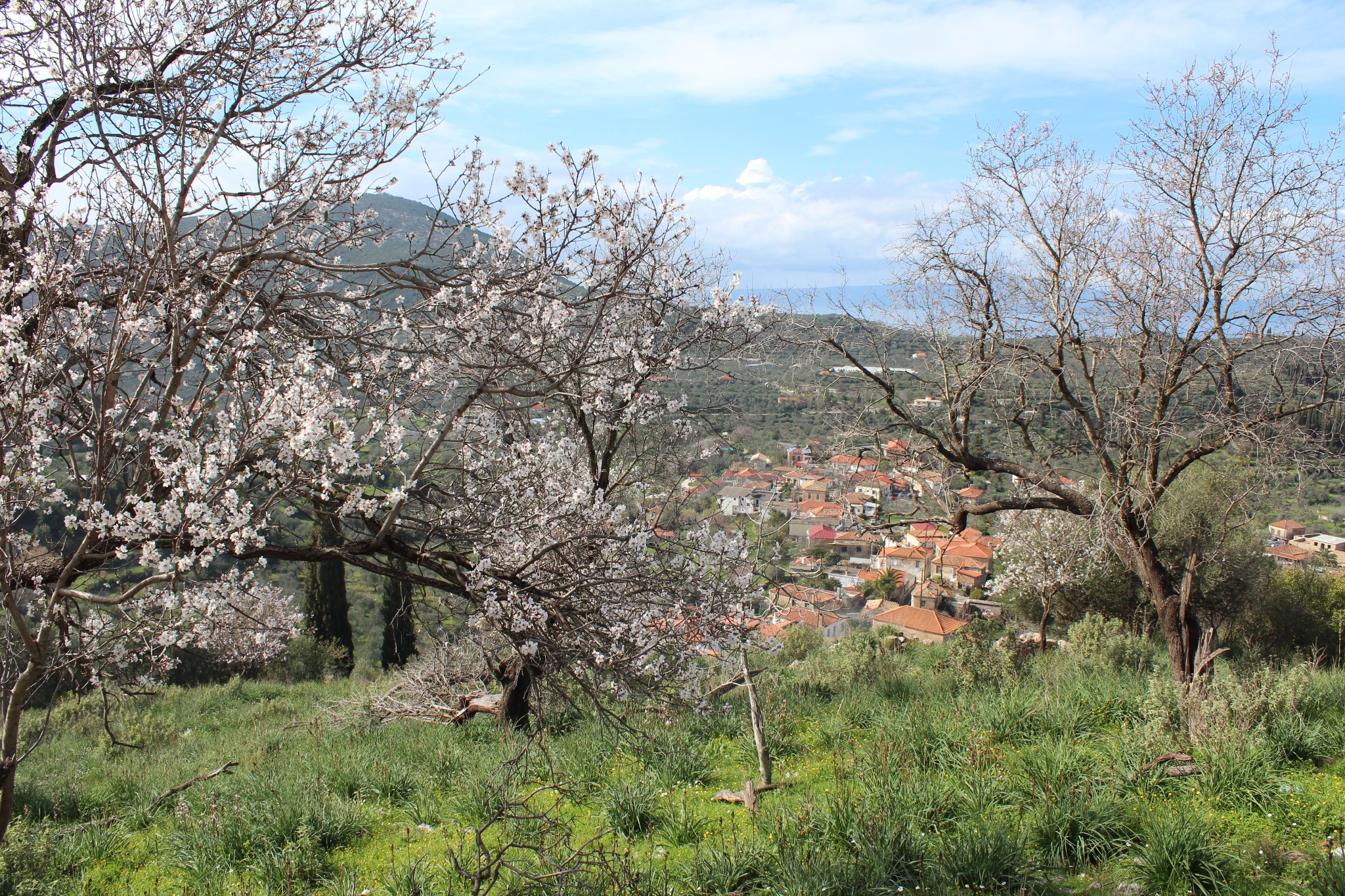 Stavropigio (former Varousia) is a village in eastern Messinia, 22 km to the southeast of Kalamata and just 1.5 km away from Kampos of Avia and is built among olive groves of the region, on a hillside below the castle of Zarnata.

The oldest Slavic name of Stavropigio, Varousia, probably comes from the Turkish word Varosh meaning the settlement outside a castle, where during the Ottoman rule, rich and noble Christian families lived. According to the expression ” where is Castle there is also Varousi” the Castle of Zarnata had its “Varousi ” with residents being either “Kastrinoi ” or “Varousiotes”.

The modern name of the village, Stavropigio, is a local name by the title “Stavropigio of Zarnata” when the village was the seat of the diocese of Zarnata, as it was called throughout the surrounding area. The ruins of this polygonal building on the foundations of the castle Zarnata has led to the identification of the region with ancient Gerinia where the existence of the castle has already been mentioned by the Homeric epics. In antiquity, the area belonged to the Spartans until the time of Roman emperor Augustus, when it was given to Laconia. Since the 15th until the 19th century, it was the cause of discord between Palaiologoi, Venetians, Ottomans and Mani passing to the Venetians and Ottomans in 1715, while nearly a century later, in 1806, Theodoros Kolokotronis fought there. After the Greek revolution, the use of the castle continued as it is evidenced by the additions (windmill, church).

Today, Stavropigio with the settlements Lagadia and Malta constitute the local department of the Municipality of Western Mani and the region is mainly based on agriculture and oil production. Area attractions are the historical churches of Zoodochou Pigi, Saint Nicolaos and John the Baptist, and 1 km away from Stavropigio, there is the Byzantine monastery of Androumpevitsa, built in the 12th-13th century with elements of local architecture and a historical church of the Assumption of the 13th century with great frescoes.

The settlement Malta of Stravopigio, which owes its name to Mani returnees from areas of Corsica and Italy, has the historical towers of Koutifaris – Aloupides and Mavrikos (1814) on a nearby hill.