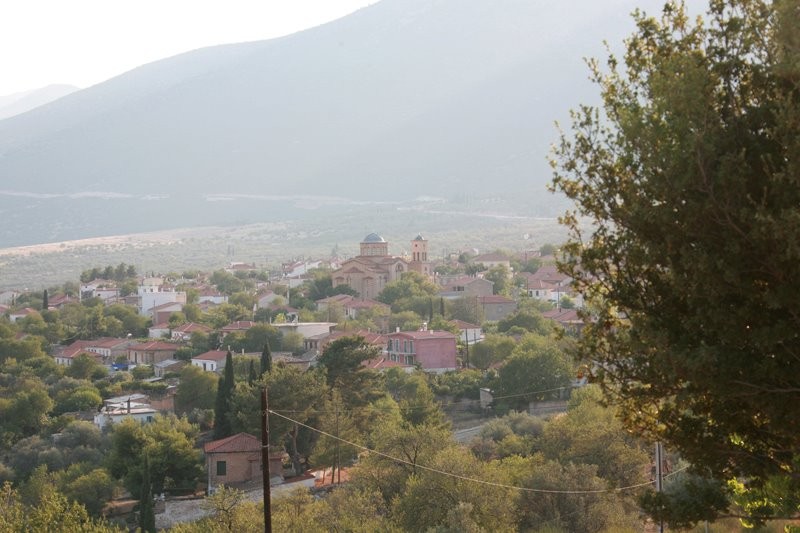 Agia Euthumia is located at an altitude of 500 meters at the foot of the mountain Elatos of Gkiona.

Its history is existed more than 3000 years and at the point that it is now Agia Euthumia was the ancient settlement Mywnias of Esperiwn Lukwn, as it is proved by the surviving ruins crossing along the village. Since there also was named after the village, which was known as Mynia until about the middle of 16th century AD.

At a distance of 8.5 km from Amfissa but very near to Galaxidi and Itea, Agia Euthumia is an ideal destination for summer and winter as it is very near to the ski center of Parnassus.

The village is named after the devastating earthquake of 1580. Then the legend – according to the ” Chronicle of Galaxidi ” written in 1702 – shows Agios Efthimios to be disclosed to residents who had left the destroyed village Mynia and urges them to return to their place “because he will protect them”.

The most dominant theory because the village was named Agia Euthumia shows the residents to choose the name as a middle solution between the old name of the village and Agios Euthymios as Agia Euthumia is Aithymia in colloquial speech and then changed toMynia.

In Agia Euthumia is located the restored homestead of the writer, John Skarimbas, who was born in the village.

Agia Euthumia is an aginizing village as it has been destroyed three times during the Occupation during the Second World War: