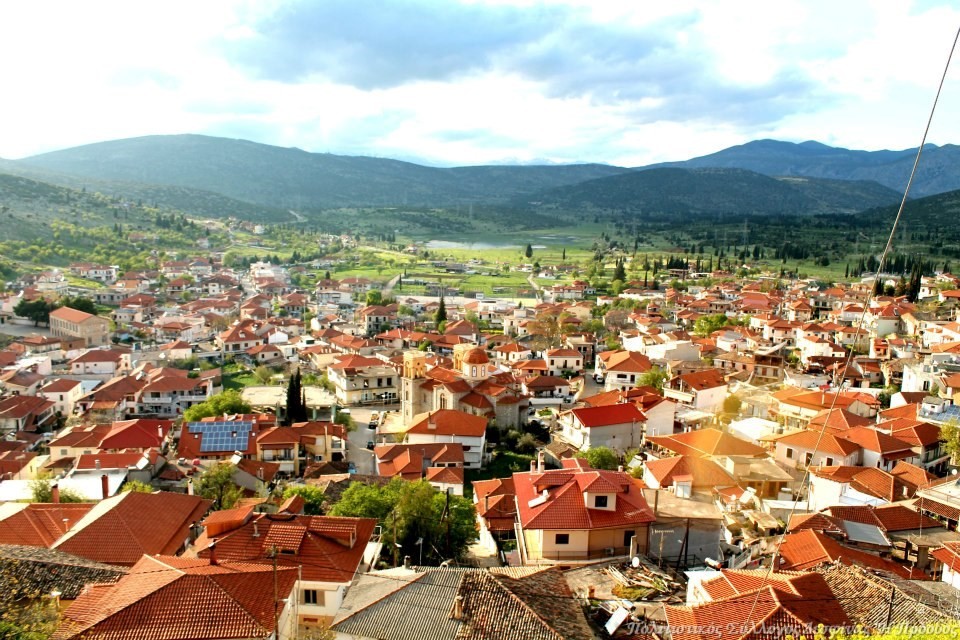 At the base camp of Kirfi, at an altitude of 680 meters is situated the town of Desfina. Desfina is at a short distance from where archaeologists locate the ancient Echedameia which has beendestroyed in the middle of 4th BC century by Philip the Macedon.

Located at the south of Delphi and southeastern of Amfissa, Desfina has the chance to be located near to the coastal villages of Phocis (about 15km away) and as well as to the ski center of Parnassus (30km away).

In Desfina was born one of the most emblematic figures of Rumeli during the Revolution of 1821, the Bishop of Salonwn Isaiaa, whose house, has now been converted into a museum. Desfina is also the birthplace of the painter Spyros Papaloukas, one of the most important representatives of the generation of ’30.

In the central square of Desfina dominates a perennial plane tree, which offers the perfect shade for anyone who wants to try the famous local patties.

If you are in Desfina you must visit the Cathedral of the Assumption, especially in the fifteenth of August, when takes place a big festival, and the Byzantine Chapel of the Archangels in the courtyard of Agios Charalambos.

Very close to Desfina is also, the Old Monastery of John the Baptist, one of the most important monasteries of Rumeli.