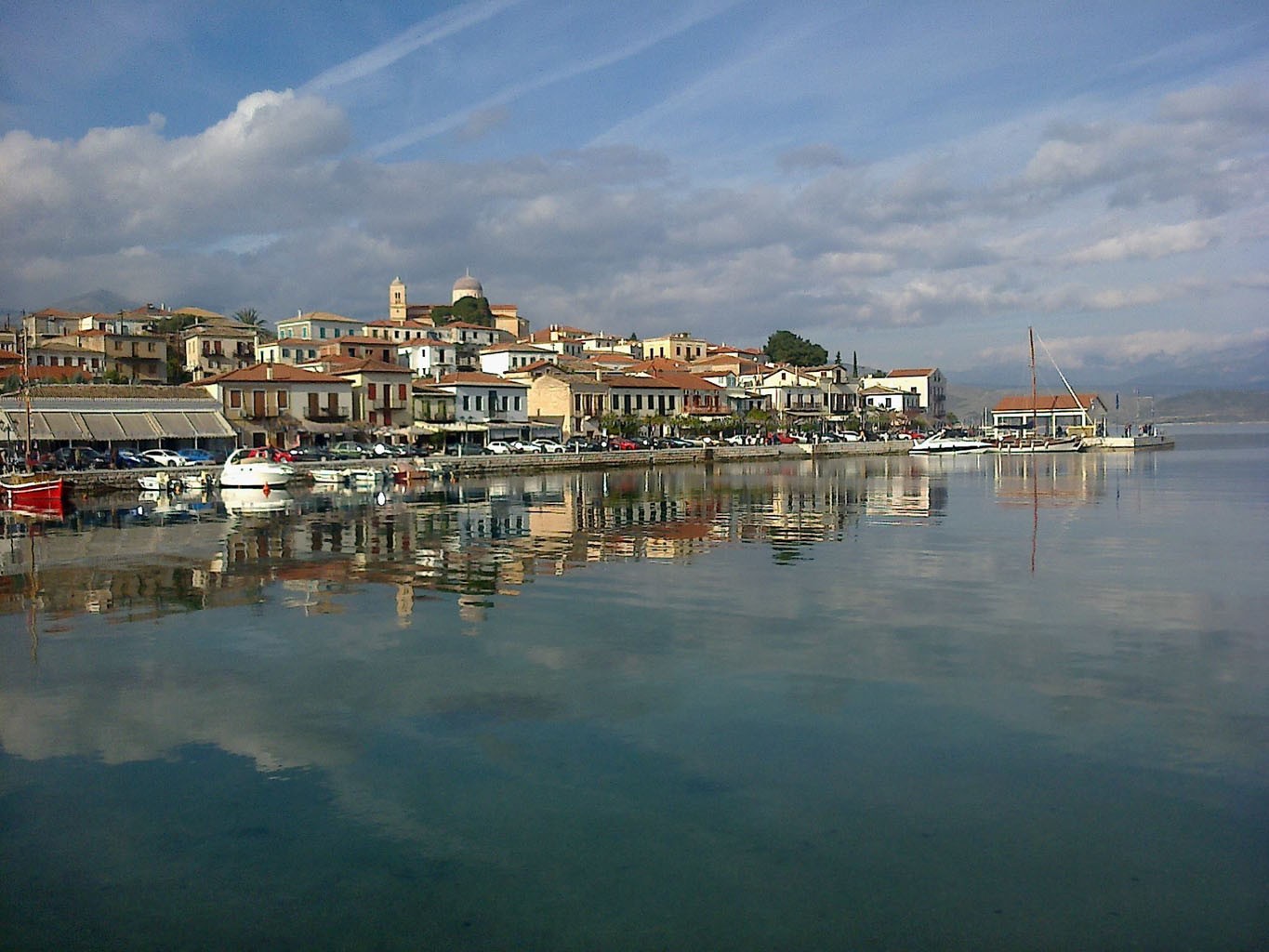 The picturesque Galaxidi is a traditional preserved settlement, close to Itea. It is located on the northern coast of the Corinthian Gulf, in the southeastern part of Phocis, in the heart of Coast Krissaios.

The historic seaside town of Galaxidi has about 2,000 residents. Two natural harbors, Agora and Chirolakas surround the city. It is estimated that it took its name “Galaxidi” before the 10th century, either from family of landowners of the area or by the Byzantine toparch with that name.

Protected by mountains and surrounded by a blue sea, Galaxidi is built on hillocks, with cobbled streets that climb up from the coast to the five squares and its beautiful neighborhoods. With its well-preserved captain houses and the tiled mansions, creates an atmospheric sense of the island.

Galaxidi’s edge is due to their shipyards, Tarsanades: in the 19th century in the dockyards of Galaxidi were manufactured the most beautiful and sturdy sailing of the Mediterranean.

By road, Galaxidi is 35 km from Delphi, 17km from Itea, 75 km from Nafpaktos and 211 km from Athens. It is easily accessible and it has the advantages of a tourist destination for every season. Organized beaches for summer, mountain and a breath from the Parnassus ski resort in the winter!

Unique custom of carnival flour smudging gives us another good excuse to visit Galaxidi and Halloween!

Archaeologists place the current Galaxidi in ancient Chaleion or Oianthia, cities of Locris. The oldest findings of scientists suggest that the area was inhabited by the pre-Hellenic period until the 2nd century AD, when it was deserted, for unexplored reasons. From then, until the 10th century, the information is incomplete, but it appears that in Galaxidi there was a developed settlement, which was sacked by the Bulgarians Raiders 981 A.D.

As recounted by the monk Euthymius in the ‘Chronicle of Galaxidi “, the story of “the city is turbulent”, as various conquerors have passed from there. In 1821, Galaxidi participated in the race, especially with the naval force.

Since 1830, begins the period of great development of Galaxidi: in 1860, it has in its possession over 300 ships! The residents of Galaxidi that time have established an innovative for the Greek system of mutual fraternal type of vessels, to confront the lack of money and any difficulties that threatened their fleet.

In the end of the 19th century, however, the seas were filled by steamboat, sidelining the sailboats of the artisans from Galaxidi, who did not follow the flow of the period.