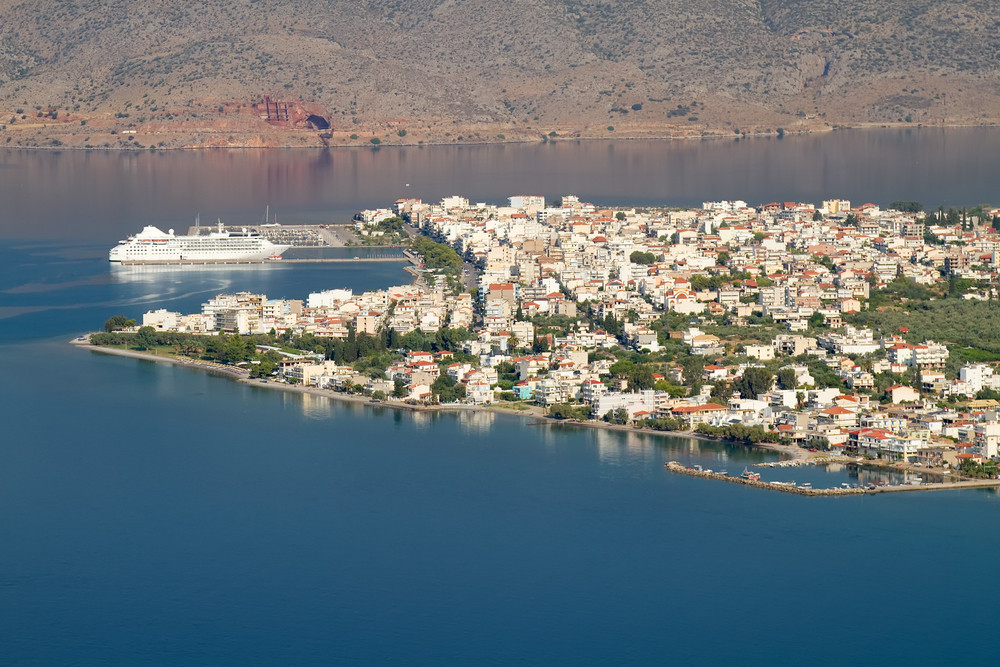 The seaport of Amfissa from the antiquity to our days, the town of Itea founded as a settlement in 1830 and it is 13km from Amfissa and about 10km from Delphi.

Built in Krissaios bay, Itea has quickly evolved into a commercial center that played an important role since the period of the Revolution of 1821.

In the area where is now situated Itea, the settlement of Skala Salwnwn has been created during the Ottoman period consisting of a wooden dock, a custom, huts and warehouses.

From this fact there is in history the “Naval combat of Angali”, which was realized open to Itea, on 17 December 1827. In this naval combat, the British captain Hastings, supported by Greek fighters on land, he blew up the Turkish flagship and destroyed the fleet anchored in this point.

Itea has today an ultramodern marina which can accommodate the mooring of more than 250 vessels. Here blend and cruise the ships carrying visitors from around the world who want to admire the archaeological site of Delphi.

From the sights of Itea the church of Metamorphosis of Savior and Agionero satnd out with the thermal water and the wonderful view gulf of Krissaios with the countless islands.