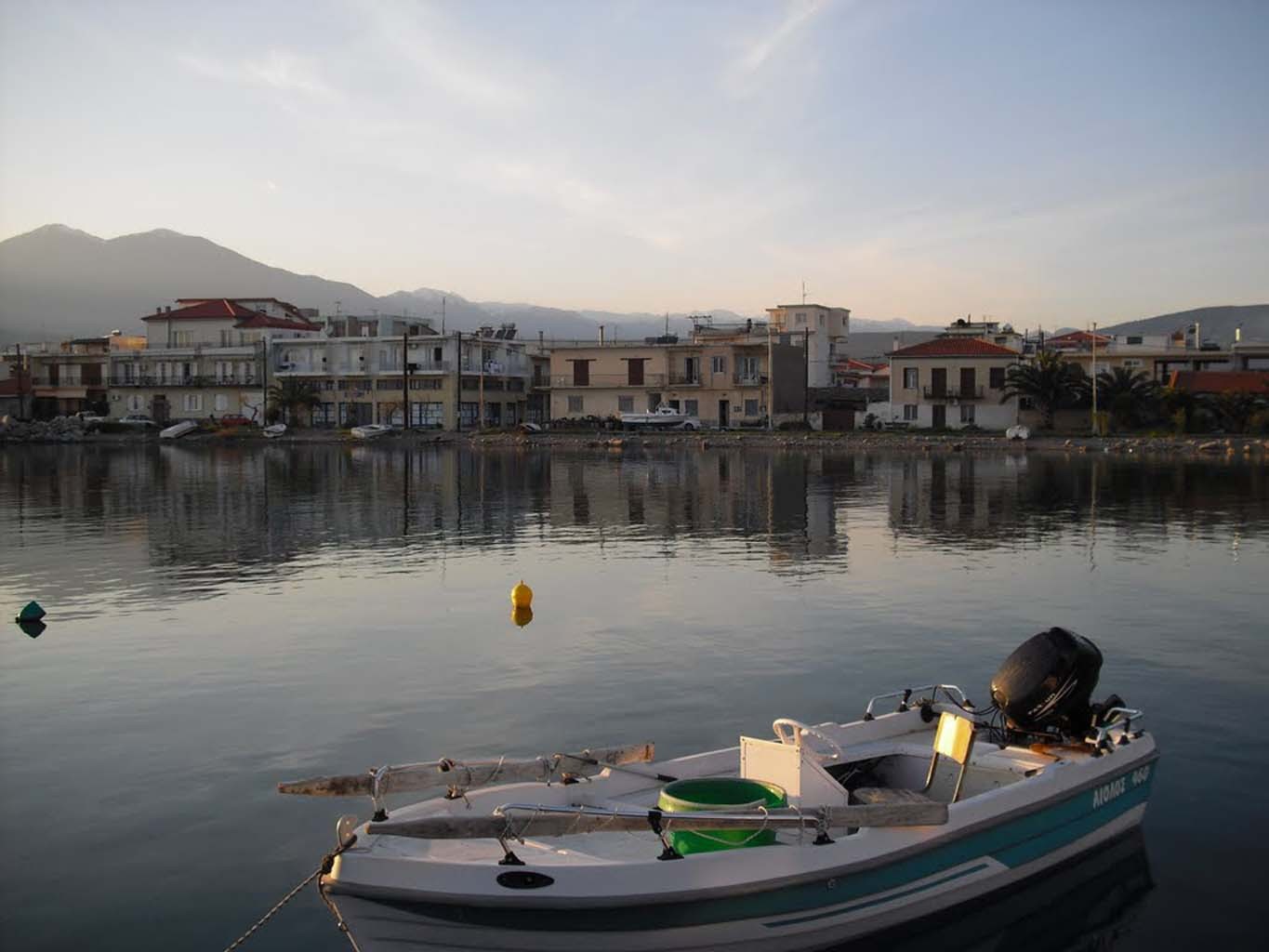 East of Itea and within walking distance is situated the coastal village of Kirra. The ancient city of Kirra, with findings from excavations confirming the existence of a settlement from the early Greek era (3200-2000 BC), was the seaport of Delphi.

Walking in the streets of Kirra it’s possible to see scattered monuments from various periods that essentially compose the way of the ancient city that was once the most important port on the Corinthian gulf.

Characteristics of strength and development experienced Kirra is the ruins of the warehouses of the port where had kept the navigation instruments or commodities and today they are located next to the primary school, as  a medieval tower that dominates to the area of the current port and it’s estimated that probably served as a lighthouse.

The end of the ancient Kirra was probably hit by Egkeladus (with others to put it on the end of the Middle Helladic period and others in the second half of the 8th century BC) who forced the inhabitants to move to the hill of Agios Georgios located in south of the village Chrisso .

Today, Kirra has almost united with Itea and has 1,385 inhabitants according to the 2011 census.