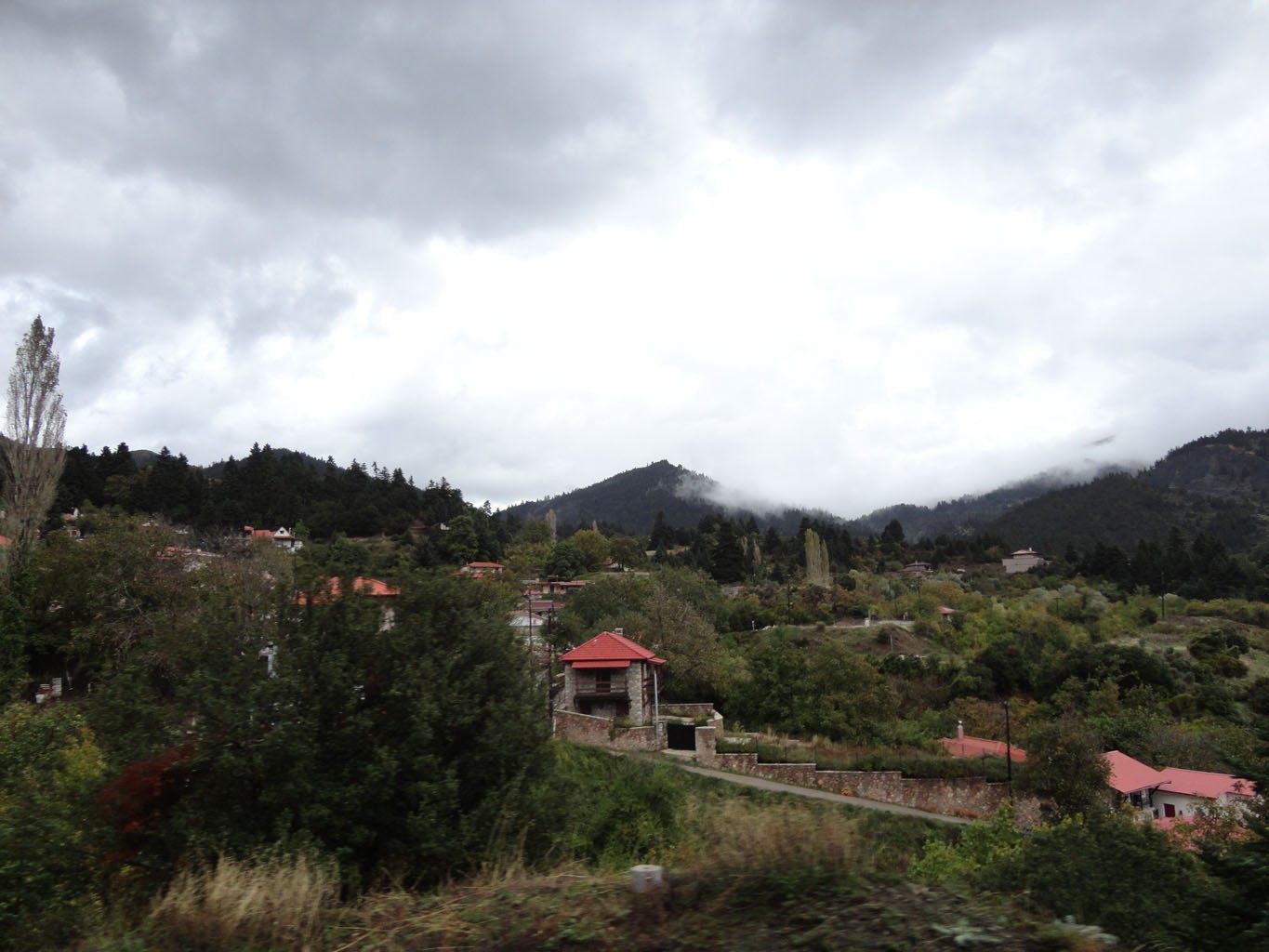 One of the most mountainous villages of Greece, Pira at an altitude of 1150 meters, is built on the slopes of Oiti, in northwest of Mavrolithari. It was one of the seven villages that formed the Kapodistrian municipality Kallieon, now a city section of the municipality of Delphi. It is located at a distance of 58km from Lamia and 49km from Amfissa.

Although, locally known as Gouritsa or Gkouritsa as it is considered as the home of the chieftain of ’21 Ioannis Gkouras, Pira dues its name – which is acquired in 1927 – in mythology. 3km before entering the village, there is the plateau Katavothra in which reportedly died Hercules at the point now called Hercules Fire. According to legend, he asked from his friend Philoctetes to erect large ‘Fire’ to fall through and thus be relieved of the terrible pain caused him the drenched with the blood of the centaur Nessus tunic that gave him his wife, Diianeira.

In the same area, at Marmara, shortly before entering to Pira, are preserved the ruins of a rectangular portico and columns of a Doric temple dating from the 3rd century BC.

Every year, in the fifteenth of August, Pira celebrates the Assumption with a great festival, which is located at the square of the village. After the last houses of Pira, it is the Byzantine style church of the Holy Spirit, built in the 12th century.