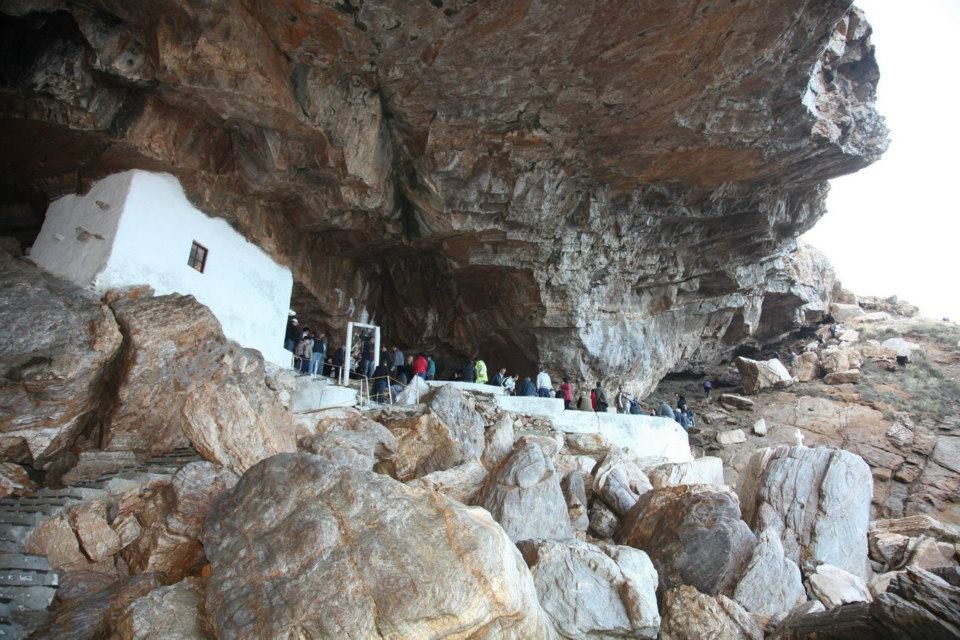 Agios Stefanos is in the settlement of Galissa, in the southwest of Syros, is a small Catholic chapel built literally in a cave just above the sea. This white chapel in the rocky landscape of the area is of outstanding beauty. For its construction it was not used the floor and ceiling. There were built only two walls left and right.

According to the tradition, the church of Agios Stefanos was built by a fisherman from Galissa, Stephen, who has been threatened by a huge octopus pulling him to the sea. He made a vow to Agios Stefanos to save him and so he built the chapel in this secluded point.

The chapel of Agios Stefanos in Galissa celebrates twice a year, one 19th of August and one on 26th of December, when filled with people. After the litany, is offered to the worshipper mastic and Syrian delight.

The church of Agios Stefanos in Galissa you can visit a footpath about 15 minutes from the main beach of the town or from the sea by boat, as in this area has been created a small pier.