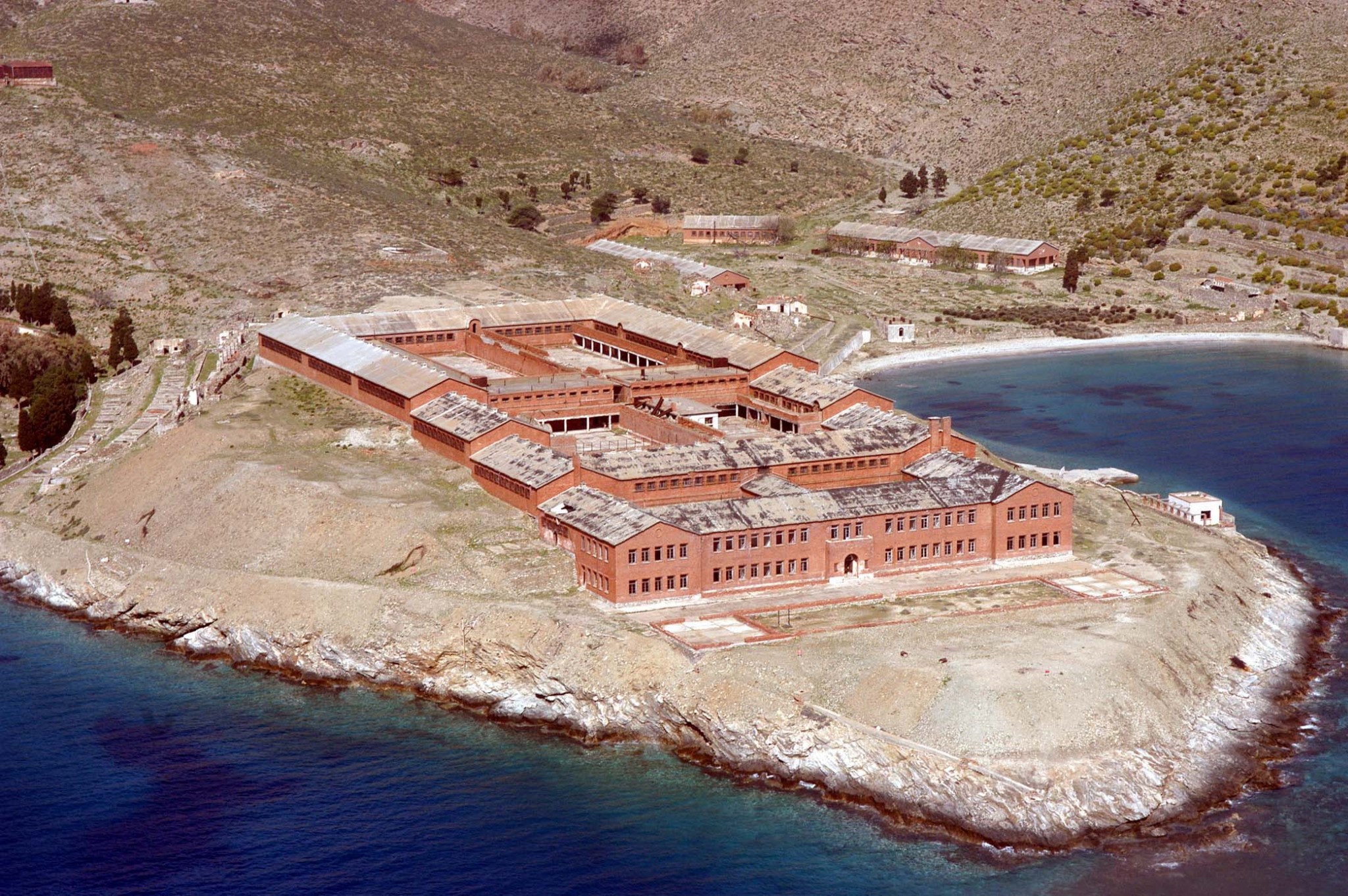 Gyaros probably is the most famous islet of Aegean Sea, with a history of thousand years. It is located between Tinos, Syros and Kea islands, in Cyclades and administratively depends on the Municipality of Syros. It has a surface of 18 square kilometers, with 33 kilometers of coastline. The name Gyaros derives probably from the ancient word “gyalon”, meaning square stone or breastplate, according to Homer.  It is a barren island, with low and bushy vegetation and its highest point is Gioura (489 meters). Its fauna also includes the black snake of Gyaros (Hierophis viridiflavus), that looks like a whip snake and its length varies between 60 and 80 centimeters.

During greek antiquity, Gyaros was a sovereign city, a state of Cyclades, where they used to worship of Aphrodite, while she is also mentioned in Aristotle’s and Strabo’s manuscripts. During the Roman era, Gyaros was used for the first time as banishment place, a slur that Gyaros was carrying till recently.

In the modern history of Greece, Gyaros was a banishment and torture place in different eras, from the greek civil war till the end of the junta in 1974.

In 1947 the prison was constructed. The prison was used for political prisoners, which were brought in Gyaros, locked into cells and were forced in hard labor. Nobody could leave the island unless he signed a “statement of beliefs”…

In the five bays of Gyaros concentration camps were created, roads were constructed and buildings were created by the prisoners of Gyaros, who were actually forced to build their own prison…

According to the data, almost 22,000 people entered the prisons of Gyaros, tortured and suffered because they remained faithful to their principles and beliefs.

The whole island was named historical site in 2002, but was declassified in 2011 because of wind power investments. Since 1974, when the prisons permanently shut down, Gyaros stays uninhabited. On the island there are still the buildings of the prisons, the hospital and the power plant the outcasts built. It is forbidden to approach the island in less than 200 meters, as well as every naval activity, since Gyaros is inscribed as a “Nautical Redoubt” by the Port Police of Syros.