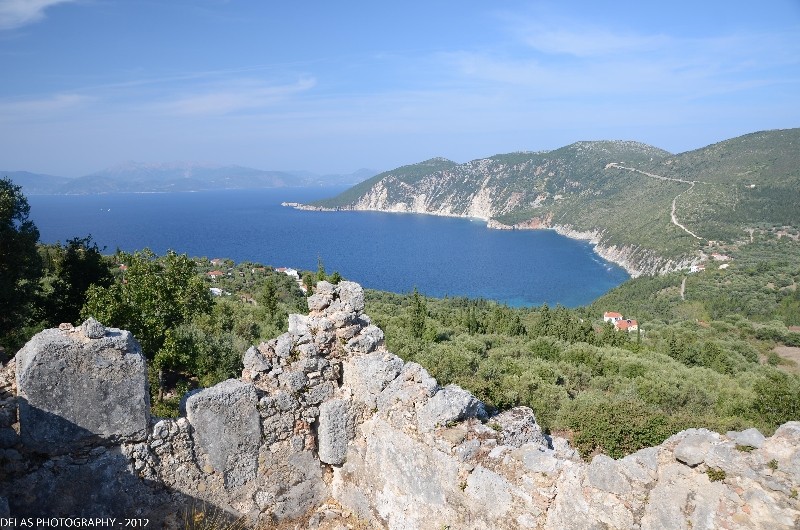 Agios Athanasios is located in northern Ithaca, beneath the village Exogi. It is perhaps the most important archaeological site of Ithaca, and the latest scientific papers indicate that it is the location of the palace of Odysseus.

Archaeologists from the University of Ioannina have been conducting excavations in Agios Athanasios from the 1990s. It is a relatively large area, where even with the naked eye, the visitor can observe the ancient walls and the ruins of buildings, floors, and, according to the researchers, constructions of the Mycenaean period. The findings, as well as the description of the area, as recorded by Homer in the Odyssey, all seem to suggest this: that in Agios Athanasios lie the ruins of the palace and a fountain of the Mycenaean era, from the time when the indigenous Odysseus was king of Ithaca. Here also stands a tower from the Hellenistic period, while all the small findings discovered here are now exhibited in the Archaeological Collection of Northern Ithaca.

The archaeological site of Agios Athanasios is known as School of Homer. Excavations in the area have been going on since the beginning of the 20th century, while the walls and other findings were in prominent position, long before Agios Athanasios was identified with the palace of Odysseus.

In the link below you can find more information on the palace of the king of Ithaca, from the Association “Homer’s Friends in Ithaca”: