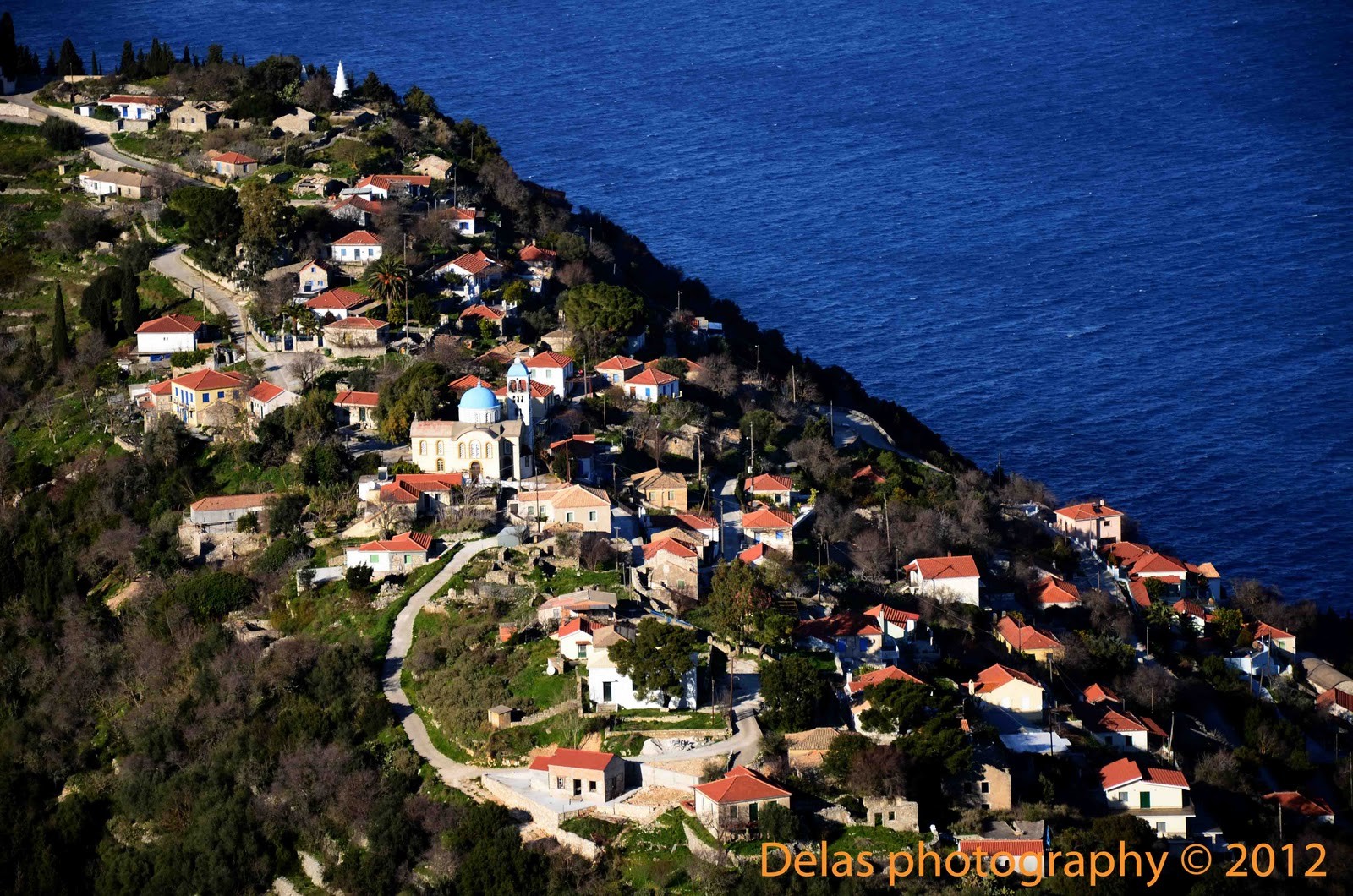 Exogi, that means literally the village “Out of the Earth” (from the Greek words “exo” meaning out and “Gi” – earth), is built on Mount Niio, at an altitude of 340 meters from the sea, on the north edge of Ithaca. The small houses of Exogi are built in a row, climbing up the hillside. Exogi is a one of the oldest settlements of Ithaca, in fact, on the stone walls of many of the old houses you will see carved the date of construction – usually somewhere in the 18th century.

The view from Exogi is breathtaking: in foreground is the gulf of Afales, the wild sea, the cliffs and the steep green hillside. You can also see Platrithias, with its small houses and churches, lost among the olive trees and the cypresses. Farther away, the view extends towards the Ionian Sea: small green islands, blue sea, Lefkada and the coast of mainland Greece…

It is worth visiting the chapel of Virgin Mary at Pernarakia, located even higher than Exogi, where you can enjoy the impressive view of almost the entire island of Ithaca. In the village, the patron saint is Agia Marina with its characteristic blue dome and the traditional feast on July 17. The Pyramids of Exogi, built at the edge of the village, are contemporary funerary monuments of some emigrant Ithacan.

On some thresholds in Exogi, you will notice a strange mask, similar to those worn during carnivals. It is called “Moros” and it was placed there to guard the house from evil spirits.

Exogi is located just above the archaeological site that is believed to be the Odyssean Palace. At a very close distance is the Homeric Melanidros source, the current sources of Kalamos.