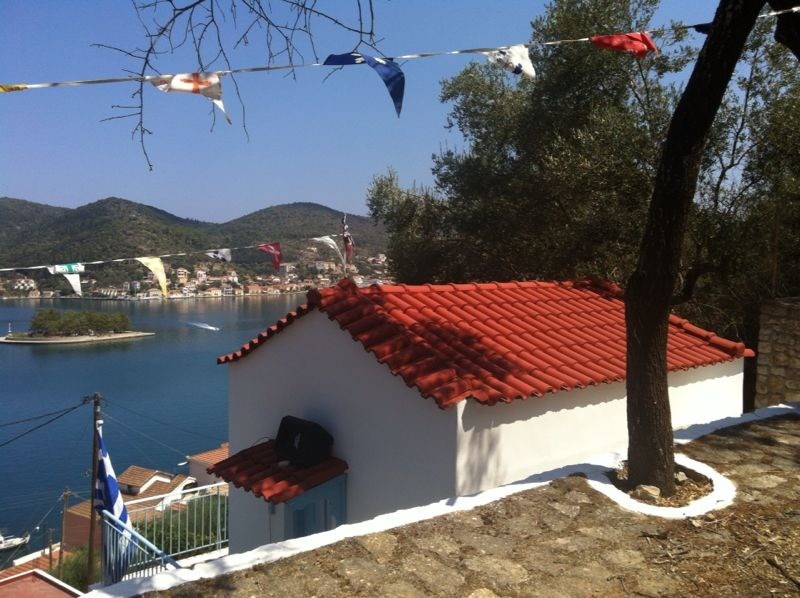 The chapel of Agios Fanouris is located at Vathi, in the district of Cavos. It is small, whitewashed and hidden behind the houses and among the olive groves, just above the road. You can discern it from afar only if you notice its blue doors and windows. From the small balcony of Agios Fanouris, you can see the houses, the beach at Vathi and the islet of Lazaretto, full of pine trees that lies in the middle of the harbor of Ithaca.

Agios Fanouris in Cavos can be reached by following the detour at Vathi that leads to northern Ithaca. Turn left at the first bypass.