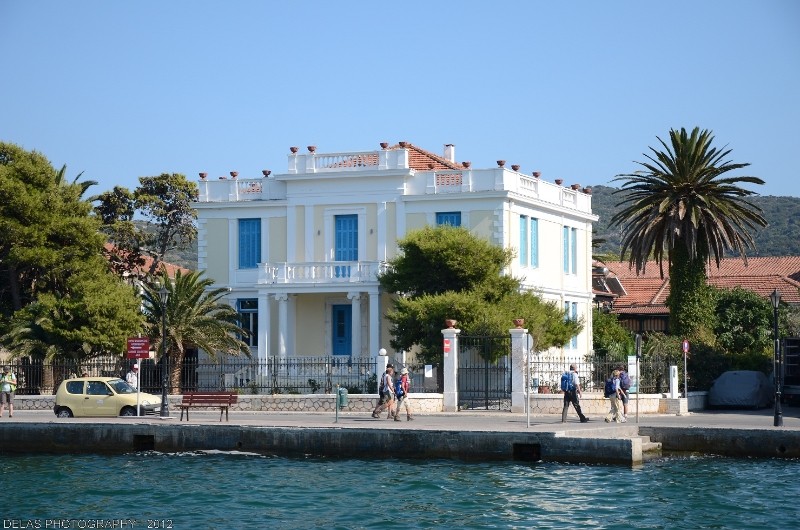 Megaro Drakouli is located at Vathi, the capital of the island. It is a large, impressive, neo-classical building with columns and impressive motifs, on the beach of Ithaca, at the center of the port.

The building of Megaro Drakouli that we see today, was constructed in the early 20th century,with Renaissance and neoclassical elements and Ionic columns. It is two-storied, with impressive halls and wooden floors. What makes it stand out is the small artificial lake, that lies right after the entrance, which communicates through an opening under the road with the sea of the port of Ithaca. There used to be ducks in the lake, while Megaro Drakouli also operated as a café for years, from the late 1990s until 2010. Then it was closed for renovation and restoration, after the demand of the Drakoulis family that still owns it.

The family that built and owns Megaro Drakouli has a great history in the island. One of the most important descendants is Plato Drakoulis, who was a journalist (1858-1942). He was one of the pioneers of the socialist movement in Greece. He published the magazine Ardin, with sociological content, while later, he was elected as MP for Ithaca, to the first Review House. He was one of those who demanded and achieved the celebration of May 1st as Labour Day in Greece.