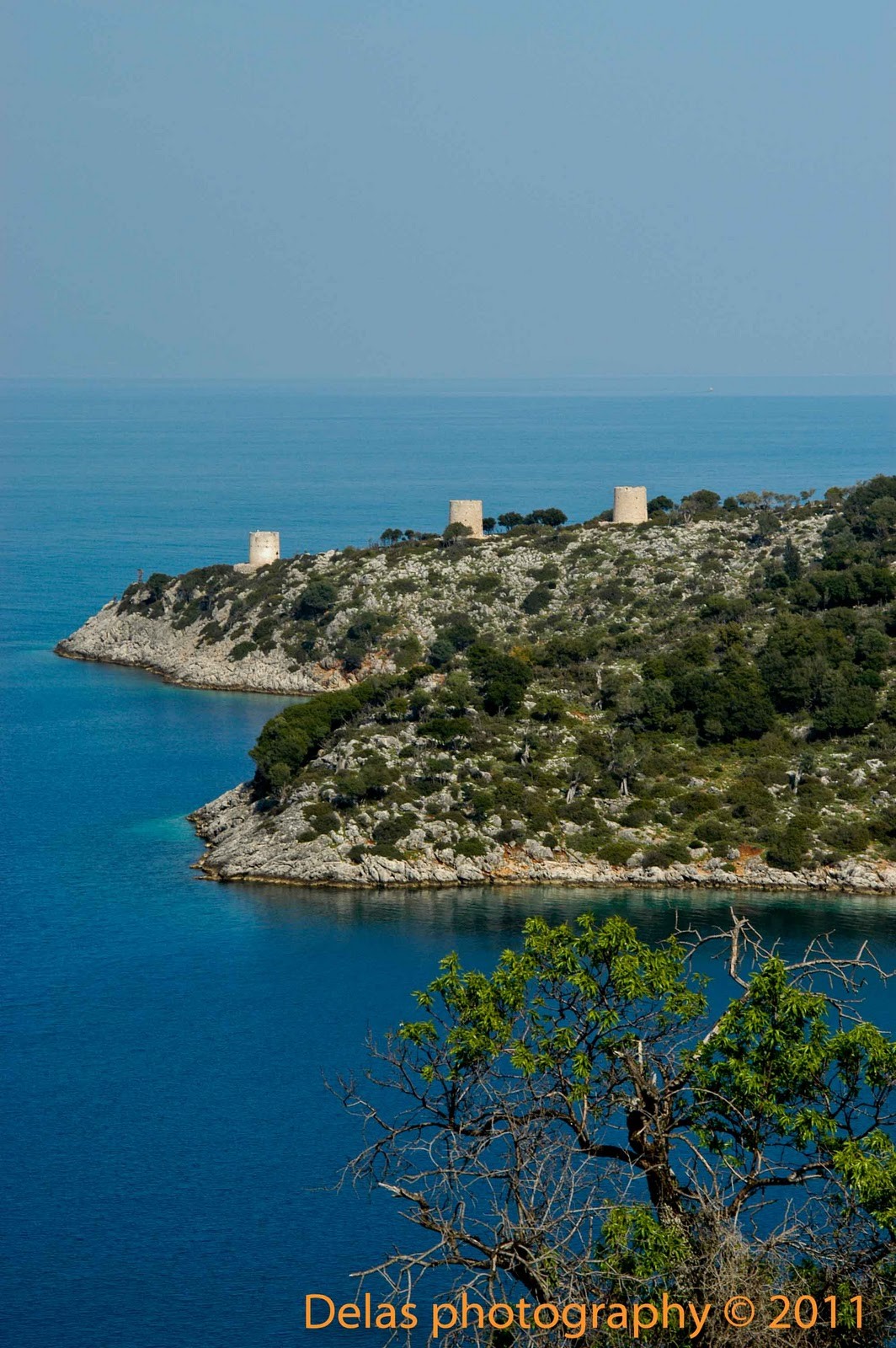 Mills of Kioni is one of the most characteristic images of the village of Kioni, as they complete the landscape when the visitor looks out from Rachi, at the picturesque harbor. The three old windmills can be found at the location Psigadi.

Up until the First World War, the Mills were in operation and all the locals used them for the grinding of their grain. The 3 mills are made of stone and only the main body of their construction is still preserved – their roofs, and the mills themselves have not survived the time.

Windmills are found at various places in Ithaca and they are like forgotten and abandoned castles, as they were built in prominent positions, on the slopes of the mountains, to be able to use the wind as their driving power. In other areas of Greece in the 19th century (and earlier) people also used the power of water. However, the lack of water in Ithaca made the locals turn to another source of power, the wind. The mills of Kioni are impressive in the way they stand, as they are built in a row, the one behind the other.