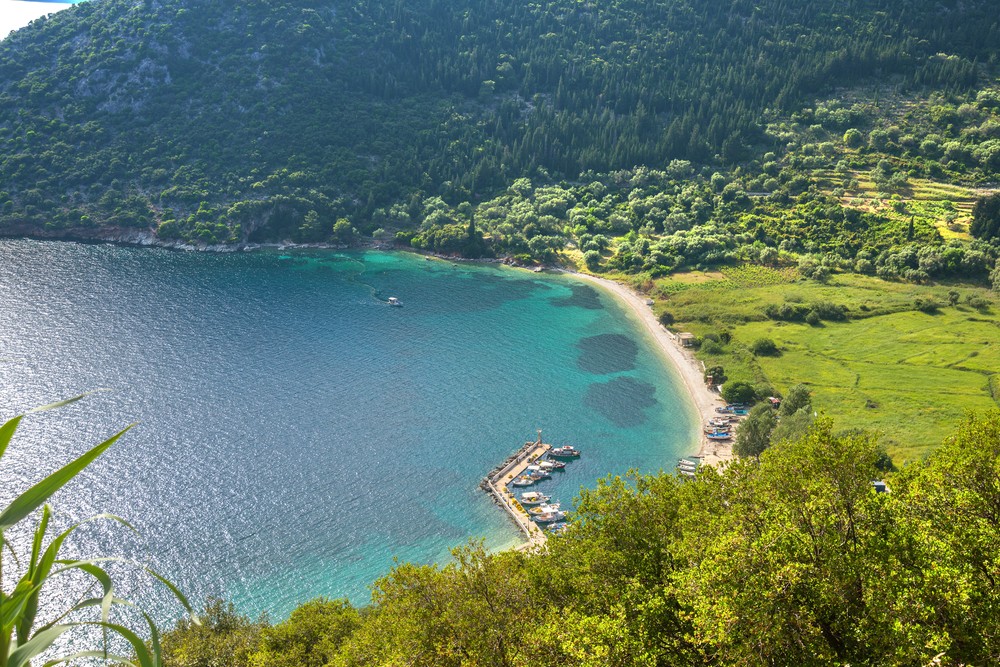 The beach Poli is situated under Stavros, the main village of northern Ithaca, in the northwestern part of the island. There’s also a small port that hosts boats and the small boats of the fishermen of the village. The waters in Poli are green, since they reflect the green slopes bounding the bay: cypresses and shrubs that make up the landscape. The beach of Poli is pebbled and rocky on the organized side, while on the other side of the pier, the pebbles are smaller and smoother.

The strange name of Beach, Poli (town) comes from the ancient city that according to the legend is submerged in the waters of the bay. According to a report of Alexia Komnini, the city of “Jerusalem” was sunk here by a large earthquake that occurred in 967 AD.

In the northern part of the bay of Poli is the cave of Loizos. It was destroyed by the earthquake of 1953 and today remains closed to the public, but it has given some of the greatest archaeological discoveries of Ithaca, including the famous shell with the inscription «ΕΥΧΗΝ ΟΔΥCCΕΙ», which is now in the Archaeological Collection of Northern Ithaca .

You can get to the beach of Poli by following the downhill road from the park of Stavros. It comes down to the sea, where you will find parking space, a canteen that serves snacks in the shade and also a fountain, shower and boats for rent, to visit the neighboring inaccessible beaches. Umbrellas and sun beds are also offered for hire.