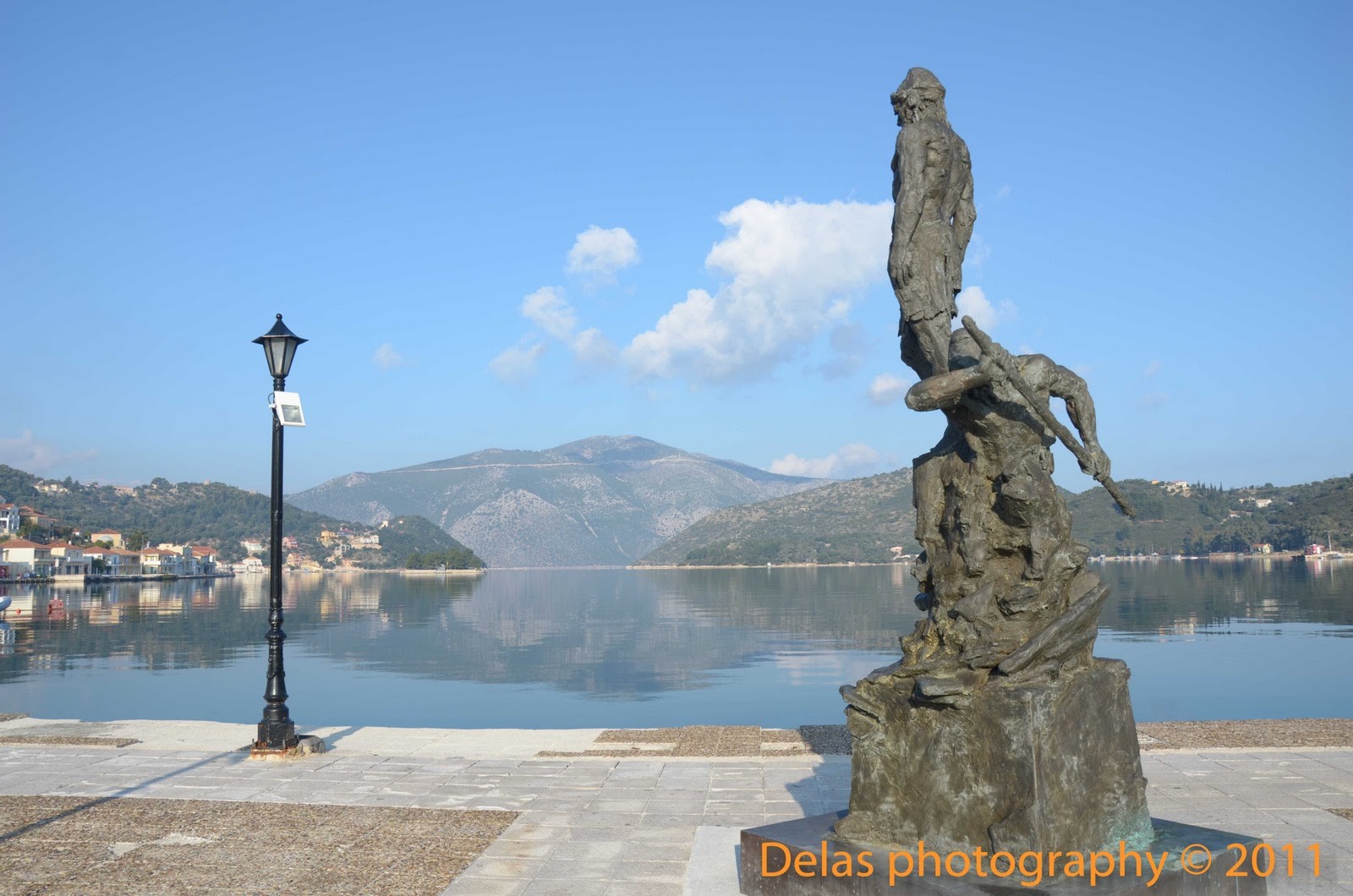 The Statue of Odysseus adorns the port of Ithaca. The statue has two sides: on the one, Odysseus is brawny and haughty, looking at the sea and what the future holds. On the other side, an aged and tired Odysseus is paddling with great intensity on the hard way back to Ithaca.

The dual statue of Odysseus is in the center of the port of Ithaca, on the small pier next to the square in Vathi. It is the work of sculptor Korina Cassianou, who comes from Ithaca and was assigned the project after submitting designs to the Municipality of Ithaca. The unveiling of the statue took place on August 2011.

The composition presents the Homeric hero in his ultimate form and impresses the visitors who rush to be photographed under it. The statue of Odysseus cannot be overlooked. Important elements of character are presented on his face and body: hard, imperious, relentless and persistent. A king who dominates the landscape, giving Ithaca, since it was placed here, a new image.