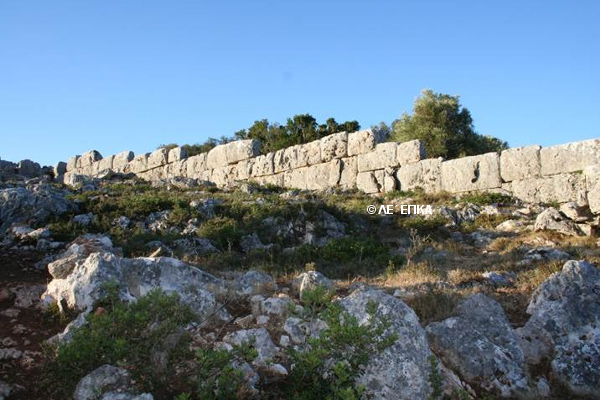 One of the four city-states of the Classical and Hellenistic Period, ancient Krani is located on the southeastern coast of the Gulf of Koutavos one kilometer from Argostoli.

The wall of the acropolis on hilltop of Pezoules and Kasteli with a rectangular tower to strengthen is maintained until today. You will reach there by a footpath that starts in the middle of the perimeter of Koutavos. From the top, you can admire the bay, which explains the strategic location of the ancient city. Two gates were saved one of which was the central. Going up you will find the ruins of the church of the Holy Trinity, built on an ancient temple dedicated to Demeter and Persephone.

Signs of habitation are since prehistoric times. At its peak, which starts in the 5th century BC, Krani controlled the western part of Kefalonia.

The end of ancient Krani comes with the Roman domination, the 2nd century BC.