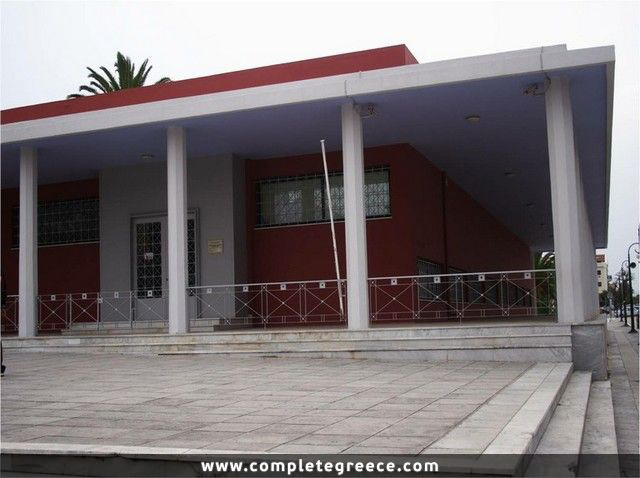 In the three halls of the Archaeological Museum of Argostoli, the visitor can admire the exhibits from the paleolithic period to the after roman period. They come from excavations across the island of Kefalonia: Sami, Fiskardo, the “cave Drakaina” Poros, Skala, cemeteries in Kokolata and Metaxata, the cave of Diakata and elsewhere. Among other things, visitors have the opportunity to admire here flint tools of Paleolithic period, pottery of the Middle Helladic period, gold coins of the Mycenaean era, bronze swords, an Egyptian scarab, and artefacts that testify the blossom of c Tetrapolis of Kefalonia in the 5th century BC C., which consisted of four cities -states, Pali, Krani, Pronnoi and Sami.

The current building of the museum was founded in 1957, replacing the old building which was destroyed by the great earthquake of 1953. It features a lobby with a shop of Archaeological Resources Fund.