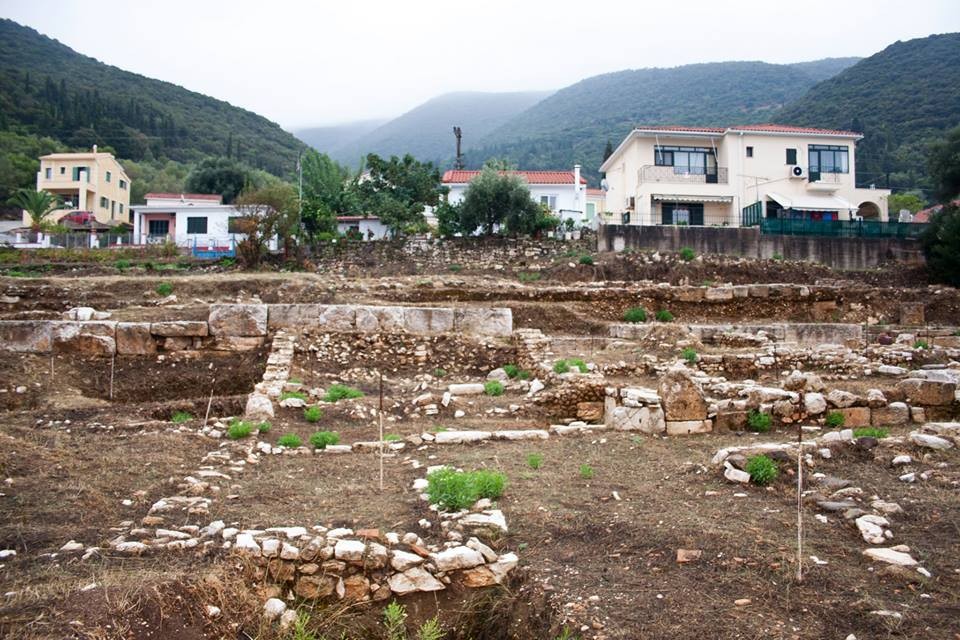 With signs of habitation from Helladic period (3rd millennium BC) the archaeological history of Sami is among the richest ones in Kefalonia. Its prosperity came during the Classical period, when Sami, as a city-state, controlled the eastern part of the island. It even had its own bronze and silver coins with the monogram of the city.

Today the visitors can see the ruins of Sami from Classical period on the hills of Paleocastro and Agioi Fanentes: the two acropolis are located here. They are surrounded by fortification of exceptional architecture, while the city is built on the basis of street plan, with large blocks. A part of the ancient wall was  found on the beach, in today’s Sami . In Alepovouni, archaeologists have discovered the ruins of an ancient temple, while a total of 4 cemeteries have been brought into light by archaeologists.

Sami enters into the Roman Period, after its conquest by the Roman conquerors in 188 BC A four-month siege was preceded, under the High Marco Foulvio Navilitor. The prosperity of the town was not only ceased, but has been extended outside the walls, to area of Loutro and public buildings and works were constructed, such as baths, the aqueduct and fountain building.

Meanwhile, private homes of the era that have come into light, prove wealth: mosaics, tanks, marbles.