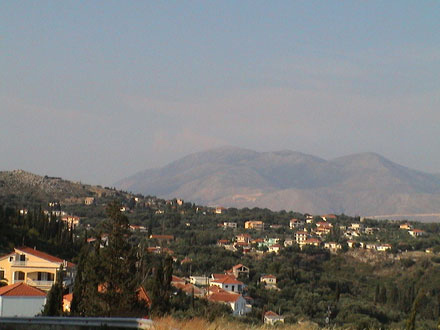 One of the largest villages on the peninsula of Palliki in the western Kefalonia is Chavdata. It is located to the south of the peninsula, to the region of Katogi. According to the 2011 census, in Chavdata live 379 inhabitants and the village is built at an altitude of 161 meters above sea level.

Three smaller but distinct neighborhoods formerly were separate villages each one of them composes Chavdata. These are Ernikata, Katerelata and Tipaldata. There was the name Chavdata for all, for which scholars give two possible explanations for its origin:

• Whether from the Byzantine word chafdotis, which means that who has profession and especially is latinieris or stagkotis

• Whether by a corruption of the word “ampito” which is kind of thick, winter clothes.

The big festival at Chavdata is realized ​​by the cultural association of the village called “The Twelve Apostles” and it is normally organized in August. On the eve of the festival of St. Elias, on 19th of July, celebrates the homonymous chapel outside of Chavdata. After the evening prayer, it is sharing to the pilgrims and visitors the traditional riganada, i.e. bread, with oil and oregano.