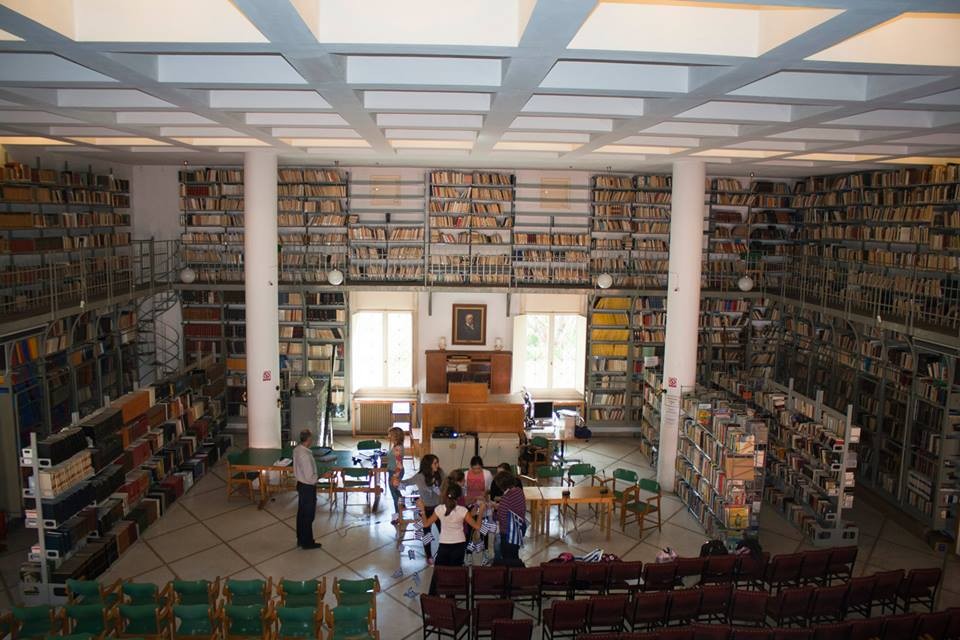 The library was established in Argostoli in 1925 and until today is a reference point for the city and the entire island.

The fund and the first books were found by the legacy of a man from Kefalonia in London: Marinos Korgialenios was born in Kefalonia in 1829 and because of poverty he was forced to become immigrant from very small age. After various adventures in life, he came in London where he worked with financial business. Soon he was among the richest Greeks. He died in 1911 in London and he was in the family grave in Drepano, Argostoli . Never during his life he forgot his homeland, especially the Kefalonia : even in his he left large sums for the creation of public works and charities.

Marinos Korgialenios donated to the Library his personal collection. Korgialenios library currently has over 62,000 volumes, classified into seven collections, where everyone can study. The Ionian texts are available of excellent variety, while the lending collection includes books of all kinds that any registered member can use it. Encyclopedias, dictionaries and other useful books are the “Information collection” are used only in the space. The Library also has Audiovisual Collection with many vinyls and CDROM.

The Local Historical Archive of Kefalonia is housed on the ground floor of the building consisting a cultural heritage for the country, as well as through the dozens of documents one can read the history of the island over the centuries.

The classification of the material has been made in accordance with the International Decimal Classification System Dewey (DDC). Apart from reading, the user of Korgialenios Library has the ability to use directory services and aids available, the Information Centre with computers and internet access, you may photocopy the material but you cannot borrow them only study in the Concert hall. In the library there is still room available in the events and spiritual gatherings.

In Korgialenio Library there is our autonomous Historical and Folklore Museum.

It is a great but not simple success that it operates today. The first big test came during the war when there were no funds for maintenance . A major blow was given by earthquake in 1953: the building of 1925 was completely destroyed and the books were saved thanks to the sacrifice of employees. Initially it was transferred in tolls, metal cabins which were set up by the Yugoslavs who helped the devastated island of Kefalonia. In 1963 the library moved to its current building , which was constructed in the same place , under the plans of architect Takis Pavlatos identical to the pre-earthquake building.