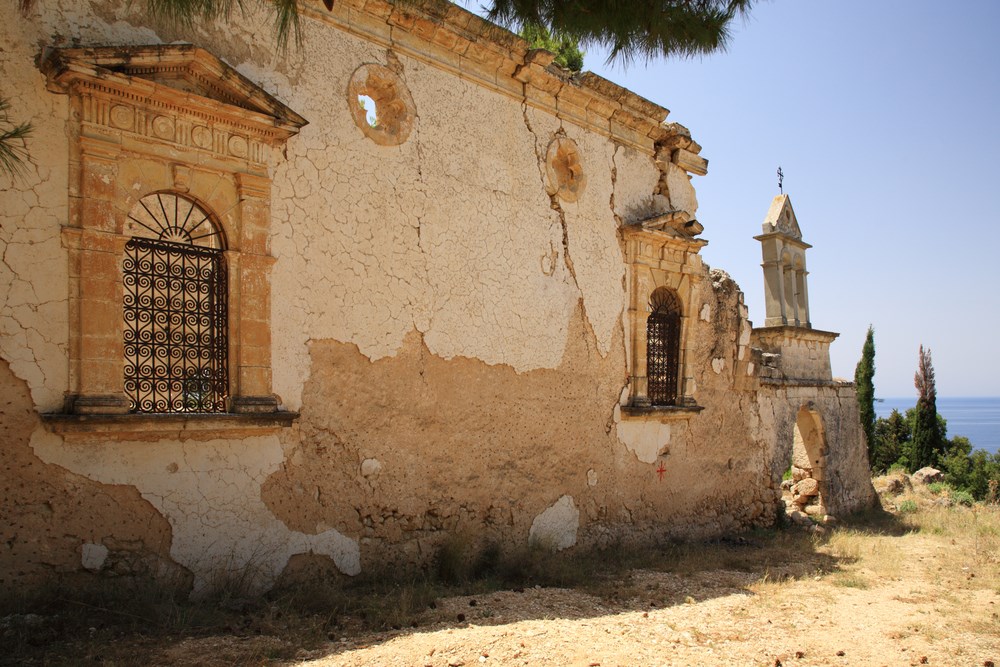 One of the oldest monasteries of Kefalonia, the Monastery of Sission, is located in the province of Livathos, near the village Simotata just outside Argostoli. Its history begins in the 13th century and according to the tradition, its founder was Francis of Assisi himself. The catholic monastery was dedicated to the Virgin Mary and it belonged to the Latin Diocese of Kefalonia.

In Monastery of Sission is perdormed every year one of the oldest litanies of Kefalonia, having its roots in the Middle Ages, when the capital of the island was the Castle of St. George. According to the religious tradition, every year the treasured icon of the Monastery of Sission is carried by Litany to the Temple of Evangelistrias of the Castle, the Sunday after Easter. It remains there until the Sunday of the Samaritan, when it returns back to the Monastery again by Litany, while during the reception of the holy icon a big fair occurs back to the monastery.

The old Monastery of Sission is still standing among the trees, with its impressive architecture being a reminiscent to the grandeur of centuries past…