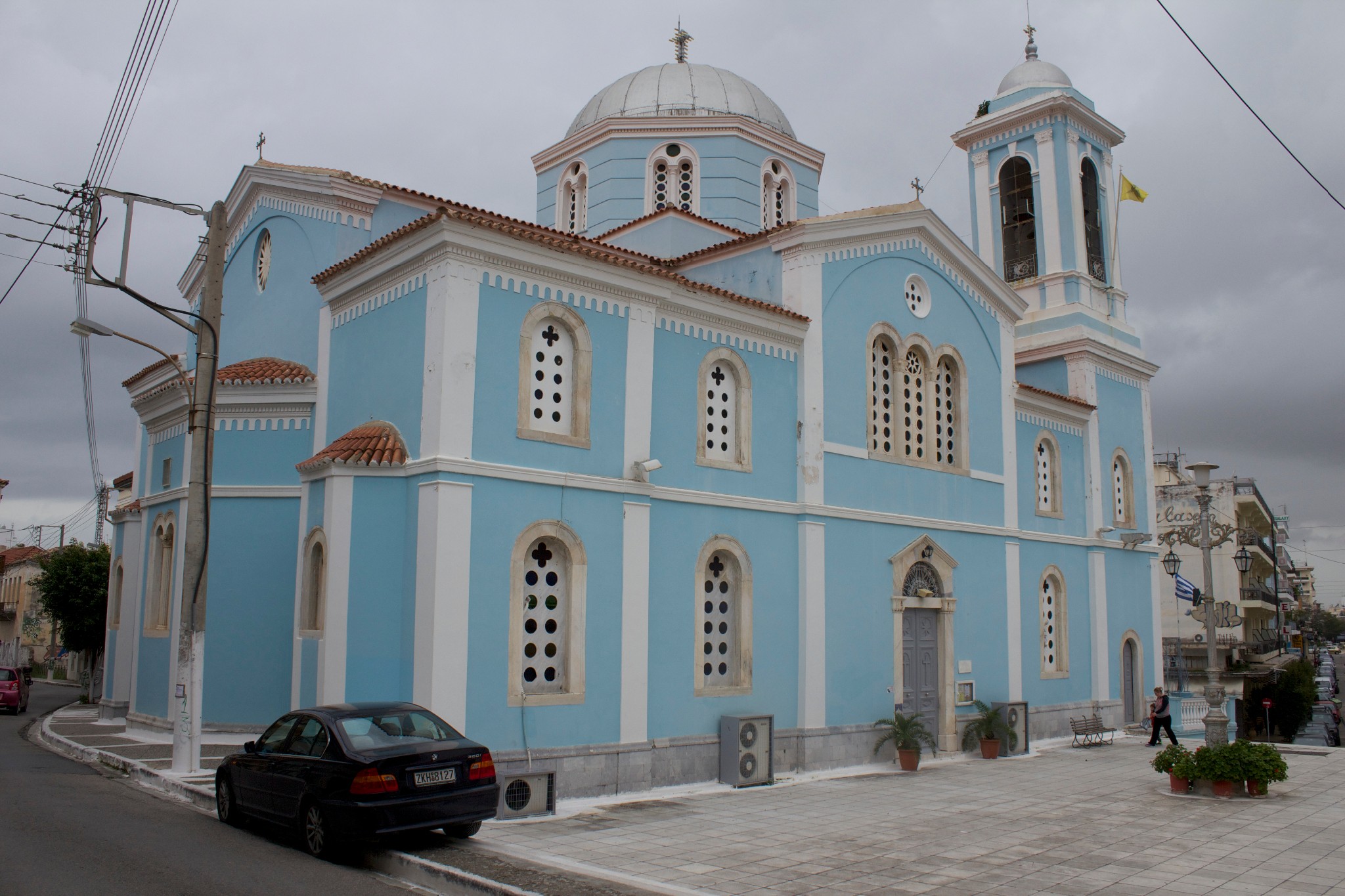 Agios Nicolaos Flarios is located in the center of Kalamata  between Agiou Nicolaou and Aristodimou streets.

It is considered that it was founded in 1859 and its inauguration dates back to 1865. According to historians, Agios Nicolaos Flarios was founded on the ruins of an older church of Agios Nicolaos Xenon where during the period after the Battle of Navarino the French general Maison camped when he was asked to protect Messinia by Turks- Egyptians of Ibrahim’s army. In the oldest church the swearing of the first popular judges of First- Court Kalamata took place in 1830.

Agios Nicolaos Flarios has been described by ministerial decision as building requiring special protection, it is cross-shaped, constructed according to the new Hellenic-byzantine rhythm and it is a wonderful example of neoclassical architecture in the second half of the 19th century. As it is mentioned in the General State Archives, the marbles of Agios Nicolaos Flarios were transferred from Tinos.

As for his name, finally, there are two likely scenarios for Agios Nicolaos Flarios:

• The first one is that the name comes from the fact that in the earliest church of Agios Nicolaos Xenon Catholic priests (fraters) made the liturgy and were called flaroi by the locals.

• The second one is that it took its name by 1,000 men that camped next to Agios Nicolaos Xenon under the General Maison for the safety of Kalamata and was called Frarion-Flarion.