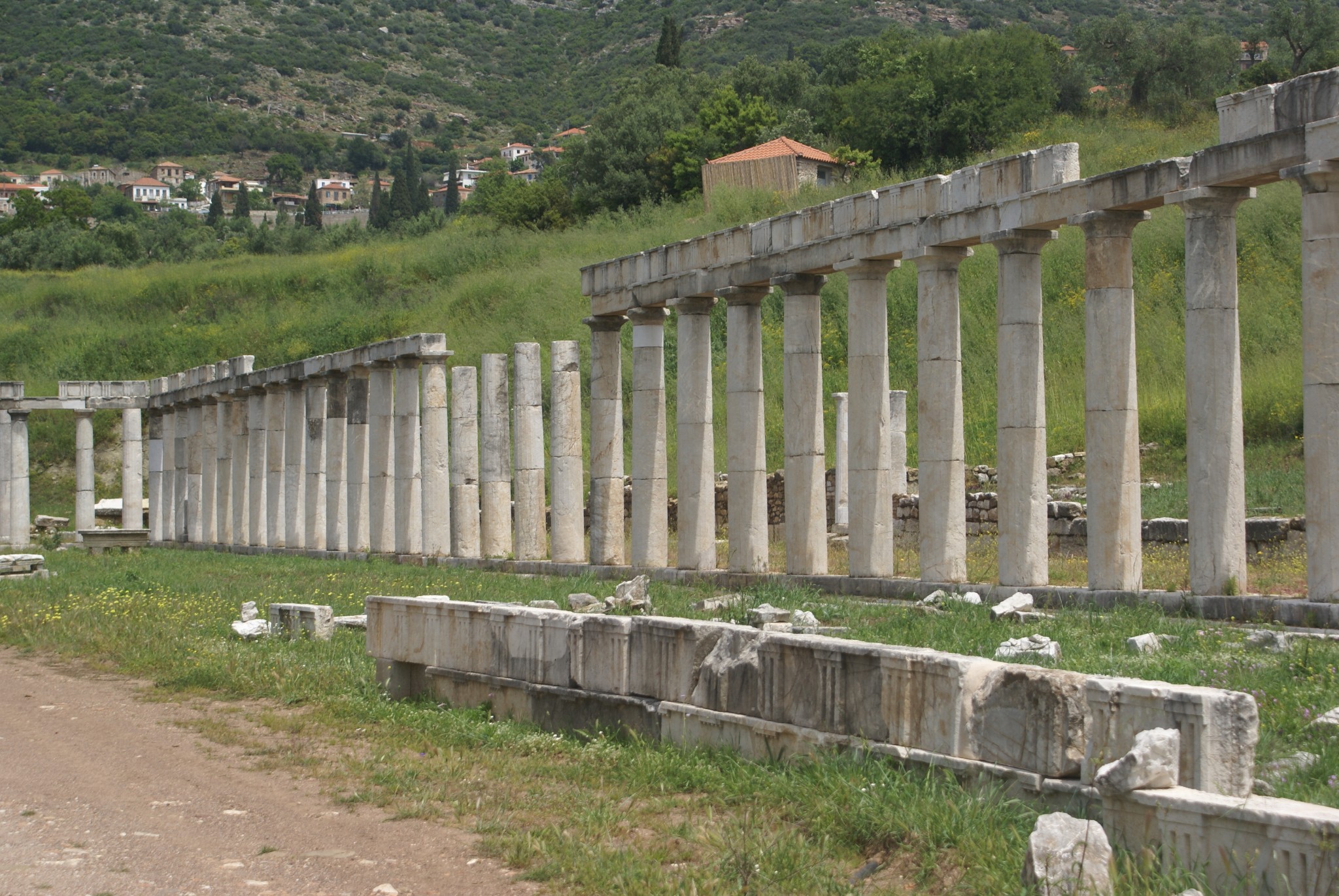 Ancient Messι is located 30 km away from Kalamata, in the western foothills of Mountain Ithomi near the village Mavrommati, and it lies over a large area being one of the most important archaeological sites in Greece.

Ancient Messini is excavated and  gradually revealed since the time of the Revolution and because of its size, but also of its importance, it gives great information about the glorious past. It is a rare archaeological site, where the visitor is impressed by viewing temples, houses, walls and public buildings, preserved in both high altitude and good condition.

Ancient Messeni was built in 369 BC by the Theban general Epaminondas, after the battle of Leuctra, where he defeated the Spartans, invaded in Laconia and freed the Messenians from Spartian dominance.

It is said that the specific location for the establishment of Ancient Messini was chosen after the discovery of Aristomenis’ will, (a Messenian hero), by priests and seers.

The city got its name by the mythical early Doric queen of the country that was the daughter of the king Triopas of Argos and wife of Laconian Polykaonas. According to Pausanias, Messini became a goddess around the 10th century BC and it was eventually made one of the principal deities of the city.

The layout of Ancient Messini was made according to the so-called Hippodameian system, where all buildings have the same orientation and the space is divided into horizontal and vertical axes.

Ancient Messini remained the cultural center of Messinia until 395 BC , when the invasion of the Goths of Alarichos probably destroyed the city.

The wall that surrounded Ancient Messini has a total length of 9 km. It used to protect the city from all directions, except for the Northeast, where Ithomi stood as a natural fortress. It had two monumental gates, the Arcadian Gate (The Gate of Megalopoli) and the Laconian, which has not survived. Today it is better preserved on the north side.

The Theatre of Messini is the first monument that the visitor meets in the archaeological site.

Between Theatre and Agora of Ancient Messini, they discovered the Fountain of Arsinoe who was the daughter of the legendary king of Messinia, Leucippus, and mother of Asclepius. The Fountain took water from the source Klepsidra, it includes several tanks and it seems that was used at least until the 6th century AD.

To the east of the fountain there are the market boundaries of Ancient Messini, a huge square surrounded by stoas. The early political life of the ancient city took place in this market, whose excavations are in progress.

Asklipieio was the most famous place of Ancient Messini area as center of public life in the city along with the market. There are more than 140 pedestals of bronze statues of mostly poltical persons and five platforms surrounded the Doric temple, whose foundations dominate in the center of Asklipieio.

Stadium and Gymnasium are among the most impressive building blocks of Ancient Messini because of their good condition. The stadium includes 18 bleachers with 18 rows of seats, separated by staircases and surrounded by Doric stoas.

Most of the findings of the excavations are kept in the museum of Ancient Messini, the two-storey building before the entrance at the archaeological site.