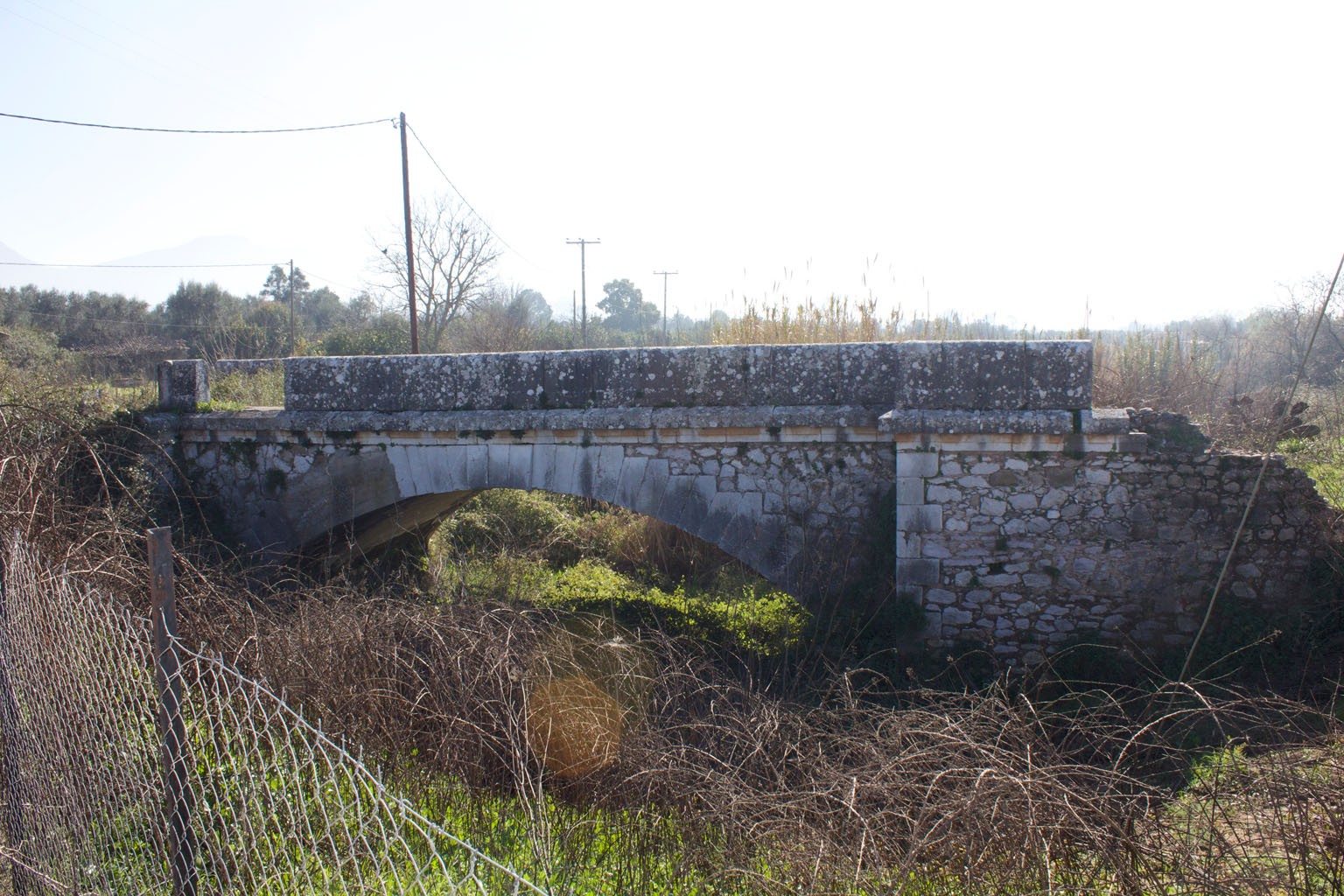 The Bastogefyro or Bastogiofyro, as the locals call it, is located in Karavos, of the local department of Anemomylos of Kalamata. Ιt was built in 1950 on the river Pamissos to unite the nearby villages and serve the locals. It took its name by the small settlement Basta (it was named Plati in 1927), located near the bridge.

The Bastogefyro has only one arch and today it is outside of the riverbed of Pamissos as its riverbed changed due to land reform. Its parapets consist of large processed stones while arches are large having a triangular shape.

The area around Bastogefyro is called “Karavos”(ship) because ancient Messenians tied their ships there. As Pausanias mentions, Pamisos was navigable by small boats up to “Matia” (Sources) and it is evidenced by parts of chains recently found in holes in the rock, which rises in Megalo Mati in Agios Floros.

Bastogefyro has been damaged because it is no longer used, but it is still a monument of modern history of the place.