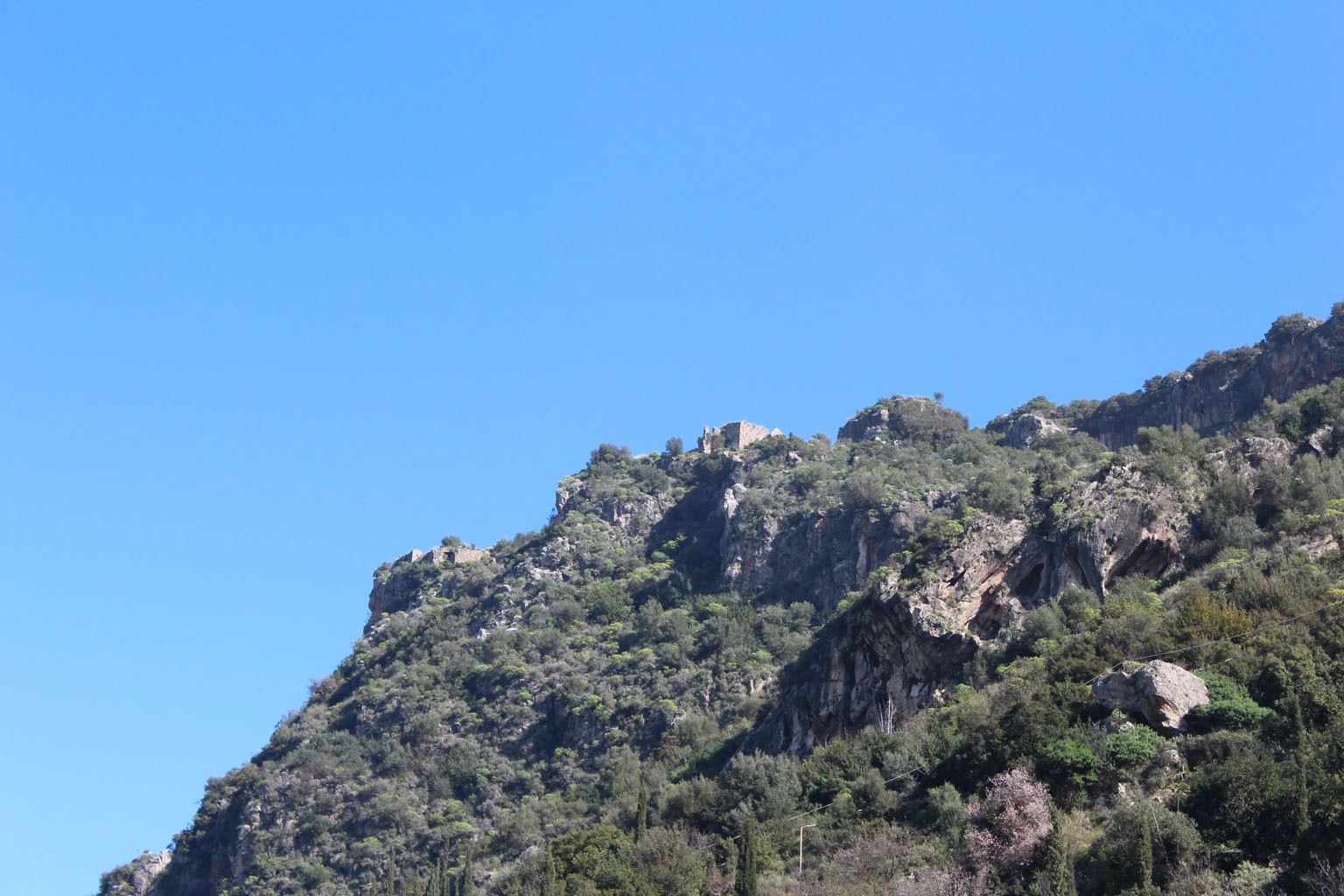 Τhe Castle of Pidima is on top of a very steep hill outside the village Pidima, 16 kilometers away from Kalamata. The location was particularly important as it controls a large part of the Messinian valley and passages that connect Messinia with Laconia. According to French researcher Antoine Bon, the Castle of Pidima was built by the Byzantines in 1300. In 1463 it falls into the hands of the Venetians and in 1467 into hands of Turks.

After the gate of the Castle of Pidima there are low remains of a small chapel, which was dedicated to Saint Ioannis the Baptist. The temple of 2,90 x 3,50 meters, was the cemetery of residents and defenders of the castle.

On the Byzantine Castle of Pidima we can still see parts of the walls of the gate, and the low ruins of a small temple. It is said that during the Ottoman period young girls jumped from this location to escape from the Turks. That is why the castle was renamed Castle of Pidima, while the village was later named Pidima (Jump).