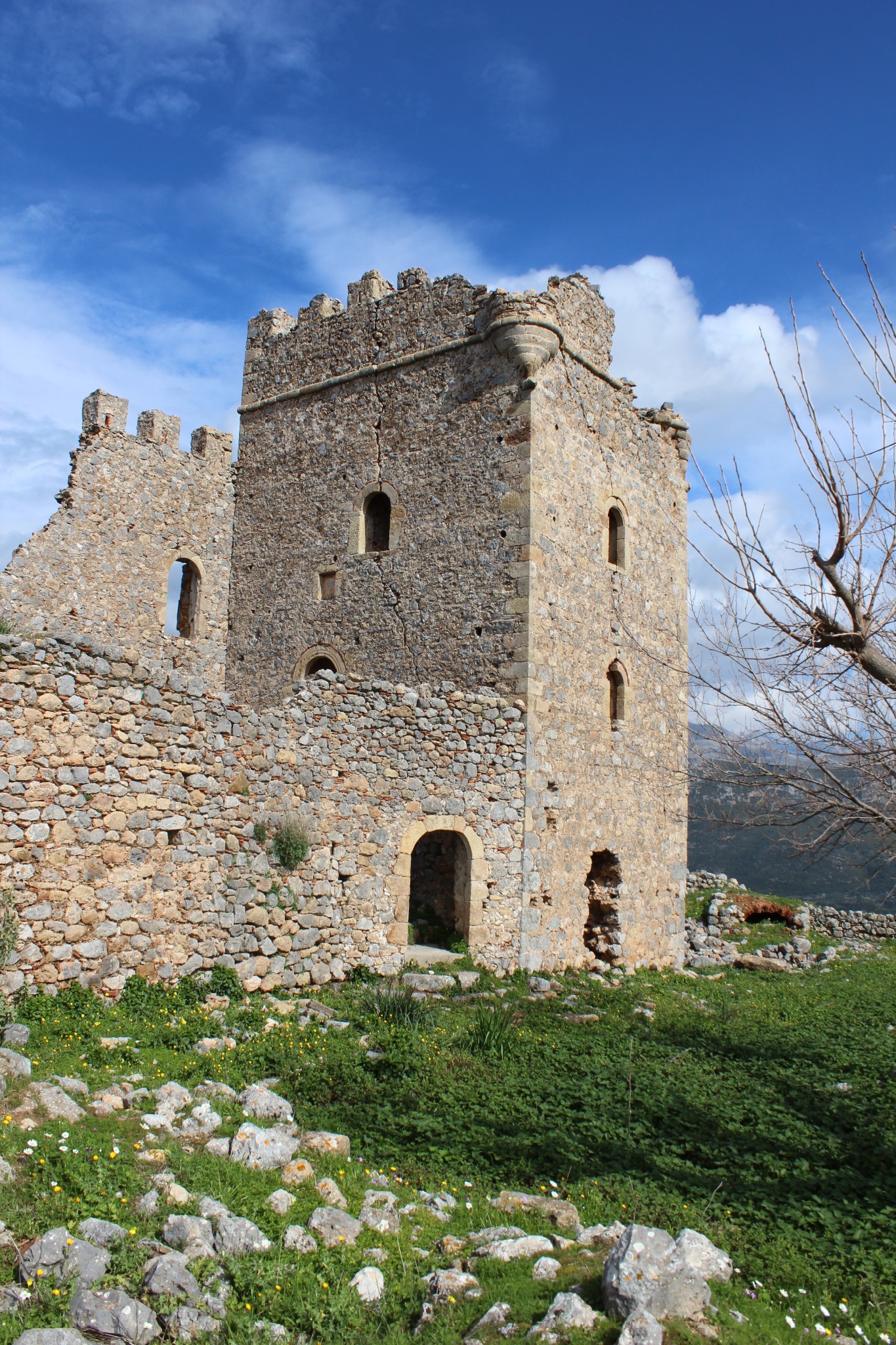 The Castle of Zarnata is located in the northwest frontier of Mani, between the settlements of Campos and Stavropirgio.

It is built on a hill, in the middle of a fertile valley. The castle of Zarnata is believed to be built on the location of an ancient citadel. The discovery of polygonal walls among its foundations has led to this assumption. Some researchers identify the region with the ancient city of Gerinia, one of the 18 cities that used to compose the Koinon (or “League”) of Free Laconians.

It is estimated to have been built in the 17th century. Others believe that the construction was made by the Franks, others attribute it to the Venetians and others to the Turks, with the latter being the dominant version as several sources indicate the Vizier Ahmet-Kioupourli as the founder of the Tower.

It is said that at the Castle of Zarnata, Theodoros Kolokotronis gave fights, in an effort to support and help Panagiotis Koumoundourakis, Bey of Mani, who was deposed and had to face the attacks of the Turks and the locals in Mani as well.

The castle of Zarnata was surrounded by a polygonal wall that was 364 meters long and had a height of 10.8 m. The Castle included six towers, two of which were round and the other four were square, while in the middle there was a large tower with six of the 51 cannons that the castle had in its whole. Two gates, one in the southeast and one in the northwest side, led inside the tower, which occupied 23 acres of land.

Today, at the highest point of the hill, you can admire a tower with three floors and a height of about 15 m dominating the region and next to this a residence with five floors, where the captains of the region used to live in.  Visitors at the castle of Zarnata can also see parts of the medieval wall, some frescoes of the 15th century in the abandoned church of St. Nicholas and the Church of Zoodochos Pigi, which was erected in the middle of the castle around 1776.