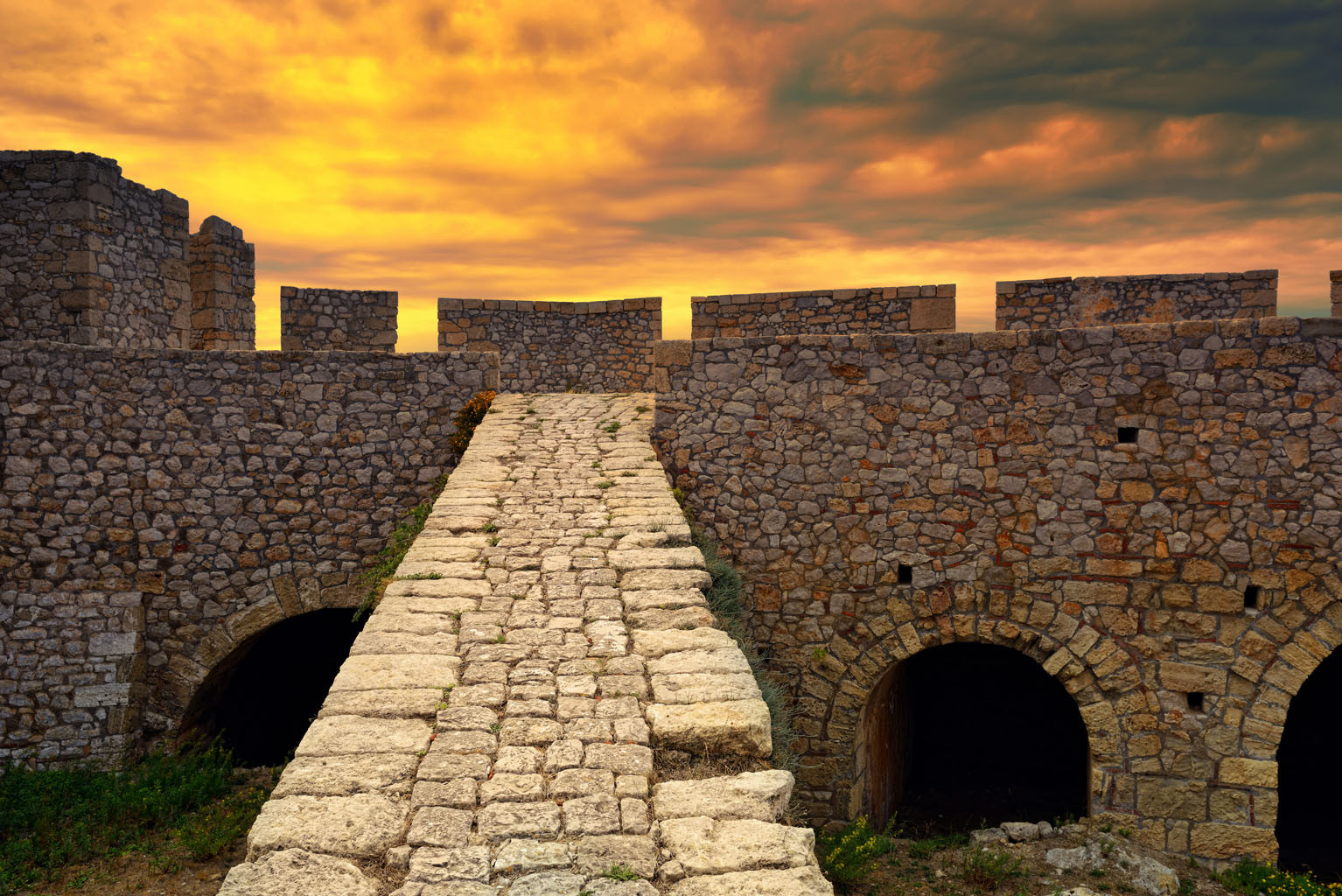 One of the best preserved castles in Greece, is found at Pilos. Niokastro was built during the Ottoman rule, in 1573, so that the Turkish forces can control the western coast of Peloponnese. It was named Niokastro, to be separated from Palaiocastro, which was created by the Franks and dominated the northern part of the bay of Navarino.

In 1816, according to Pukevil, Niokastro, the capital of the province of Navarino hosted 600 Turkish (142 families) and 130 Greeks (17 families) who lived in the neighborhood outside the walls.

In March 1821, according to the declaration of the Revolution, the Turks that were living in Arkadia found refuge at Niokastro, but they were massacred by the Greeks besiegers a few months later. In 1825, Ibrahim besieges Niokastro and he occupies it a few days later. The village got finally released in 1828 by the allied fleet, led by General Maison. From the years of the reign of Othon years and until 1941 the castle was used as a prison. Since then it is no longer inhabited.

Niokastro is now preserved in a surprisingly good way in its old commanding form, except from the big South tower was cut in half when during the German occupation in 1944, the ammunition that was stored there blew up due to bombing.

Niokastro  was particularly strong as it had a triple defensive fortification moat, walls and a strong Citadel. The walls are built of hewn limestone and sandstone.

In the northern part of Niokastro, there is the Gateway with Zematistra, the hole from where the besieged threw boiled water or oil to the invaders. At the other end, you can see the north tower (or the “small castle of St. Mark”) that has a bastion with many cannons.

Within the walls at Niokastro, a barrack, built by the French General Maison still stands in a very good position. The top floor of the building is accessible by two entrances located on both ends of the building. It is nowadays used as a library and the rooms are offered to the scientific staff.

The building of the Pasha (opposite the Cathedral of the Transfiguration of the Saviour) dates from the 17th and 18th century. There today is hosted the first Museum of exhibition of marine archaeological finds in Greece, with findings from the shipwrecks in the area of Pilos.