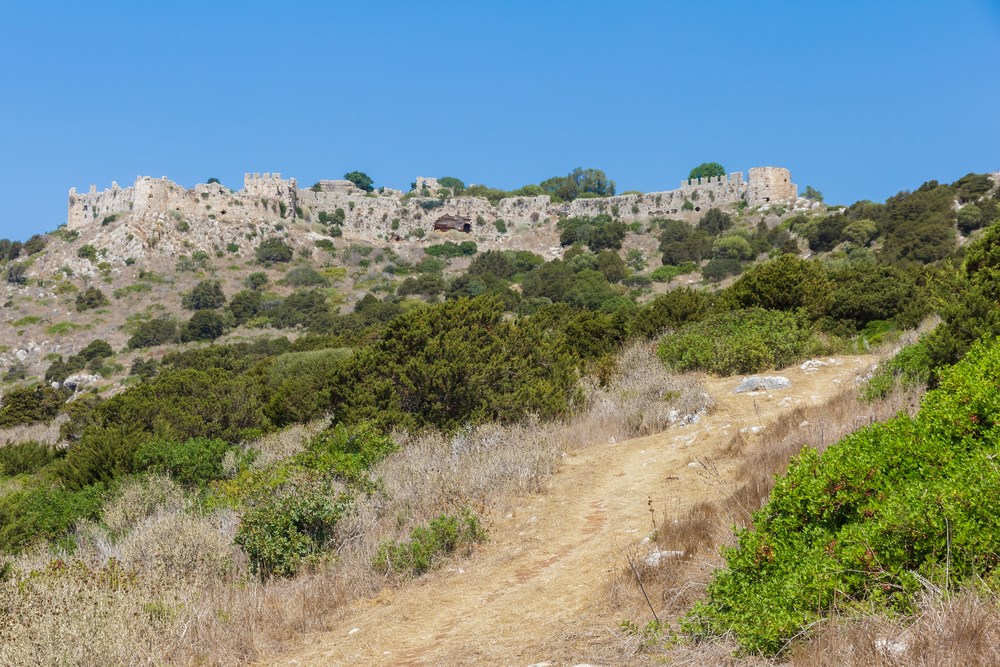 The fortress Paleocastro is located at the ancient city of Aptera, east of Chania. It was built by the Venetians when they conquered Crete, to enhance and protect the bay of Souda. Its walls were 3 meters high and, in some places, their thickness was up to one and a half meters.

A wide road was connecting Paleocastro with the sea and near the fort a small settlement had been created. When the notorious pirate Barbarossa pillaged the north coast of Crete in 1538, his attacks destroyed both the fortress and the settlement. The destruction was completed shortly afterwards by Sultan Selim, who attacked and invaded Chania – therefore today only small parts of the fortress remain intact.

Many historical events of the revolution of 1821 are associated with Paleocastro, as the Rebels used the ruins of the fortification for their protection. Historical reports say that on September 30, 1822, during the Egyptian invasion in Amfimalla Bay (the bay of Almiros), all 12 guards of Paleocastro were massacred.