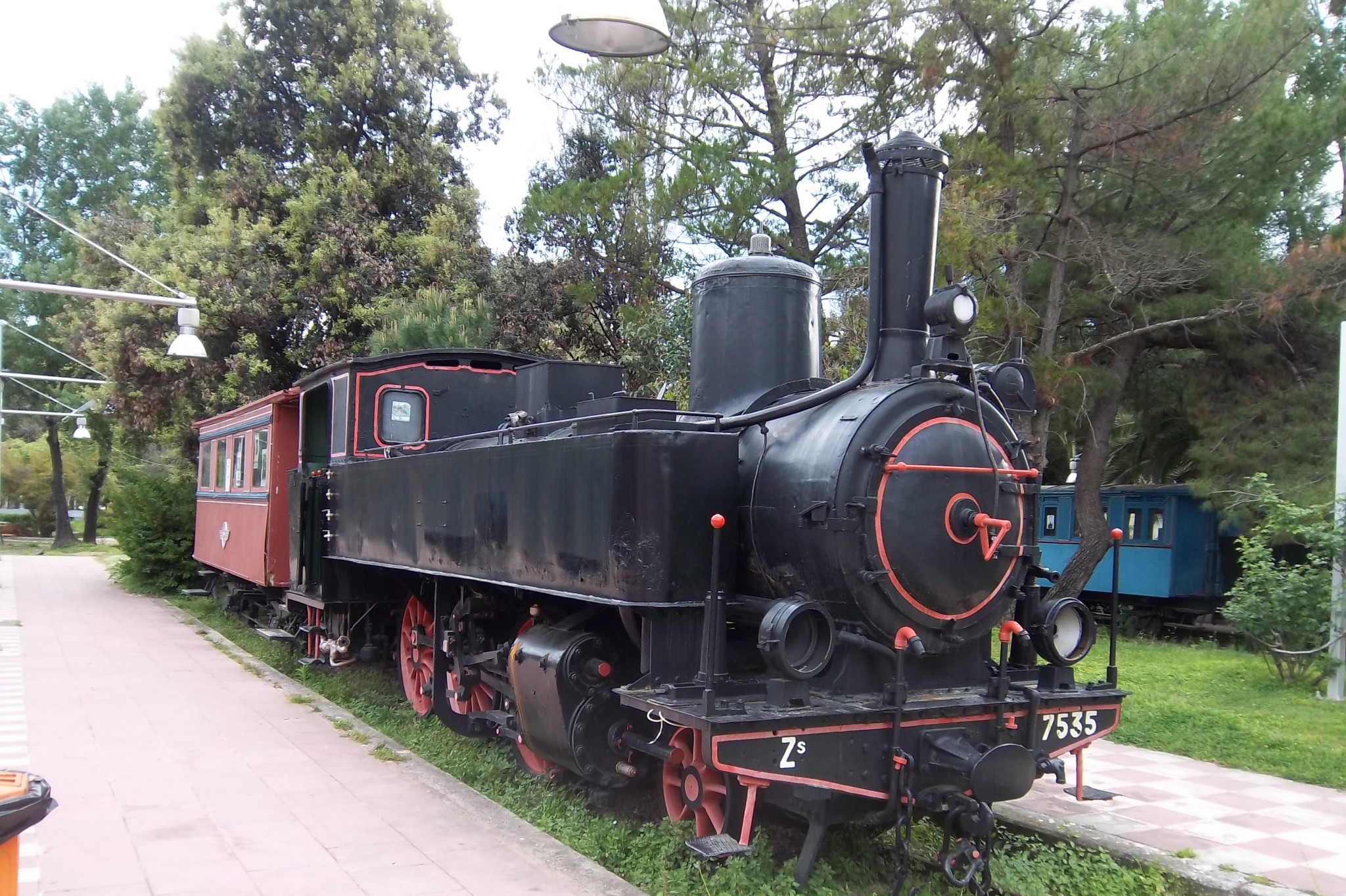 The Municipal Railway Park of Kalamata is the unique open-air museum in Greece and is known to all friends of Railway worldwide. It occupies a total area of ​​54 acres and is located in one of the most central locations. You can see it after 5 minutes drive from the central square of Kalamata following Aristomenous street towards the port.

The exhibits of the Railway Park include the railway station “Kalamata-Limin” and its territory with a two-storey stationhouse, four boarding platforms with kiosk, a water tower, three cocks of locomotives and wheelhouses , metal footbridge 28 m long and small organizational elements of the railway landscape (change keys, lamps, stanzes).

In the Railway Park there are seven steam locomotives and a diesel carriage, a hand windlass of 1890, two draizines (one pedal and one manual), three passenger vehicles of first class and five of first-second class of 1885.

The Railway Park has also basketball and volleyball courts and other facilities for the entertainment of children. You can also find a refreshment bar on the ground floor of the renovated station “Kalamata – Limin”.