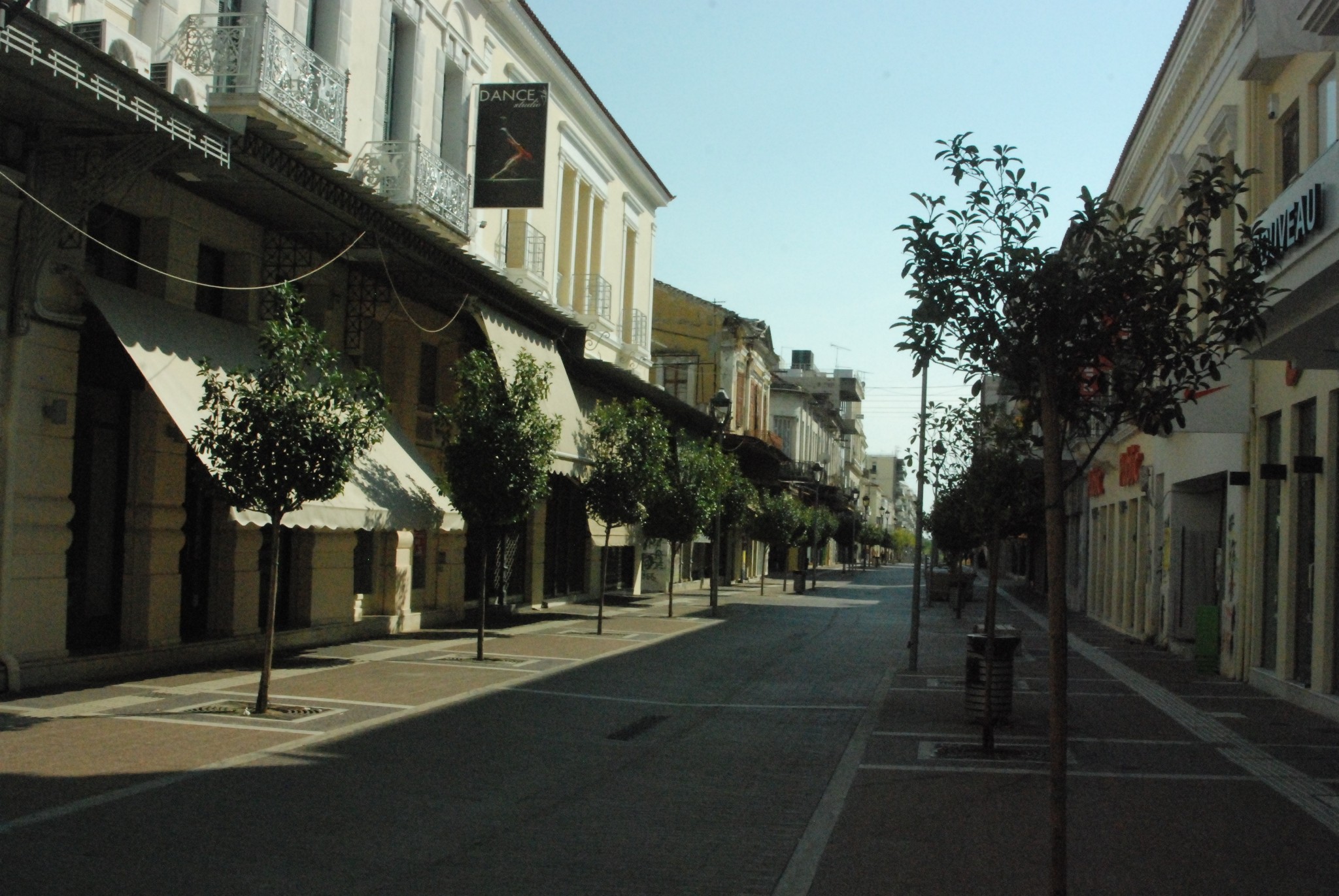 Aristomenous Street in Kalamata runs through the heart of the city. It starts from the Square of March 23 and ends at Customs Office at the port. When it was constructed in 1871, it was called Highway Beach – Kalamata.

Walking from the beginning of Aristomenous street, which has been paved, you will find some of the finest neoclassical buildings of Kalamata, occupied by public authorities and institutions, such as hotel building REX and the City Hall of Kalamata.

After the end of the pedestrian part of the Aristomenous street we meet King George Square, the main square of Kalamata. There we see the building of the Bank of Greece, a neoclassical one of early 20th century, with symmetrical openings, entrance with marble frame and balcony with parapet and Cultural Center, which houses the Public Library of Kalamata and the Popular Library, one of the largest and most important in the Greek region.

On Aristomenous street that runs across King George Square, you will see the construction “Freedom” erected in the middle of the square, with the heroes of the Greek Revolution, Papaflessas, Kolokotronis and Mavromichalis.

Finally, continuing on Aristomenous street towards to the port, you should not forget to visit the Railway Park, the unique open-air museum of 54 acres.

The Aristomenous street is full of coffee houses and shops.