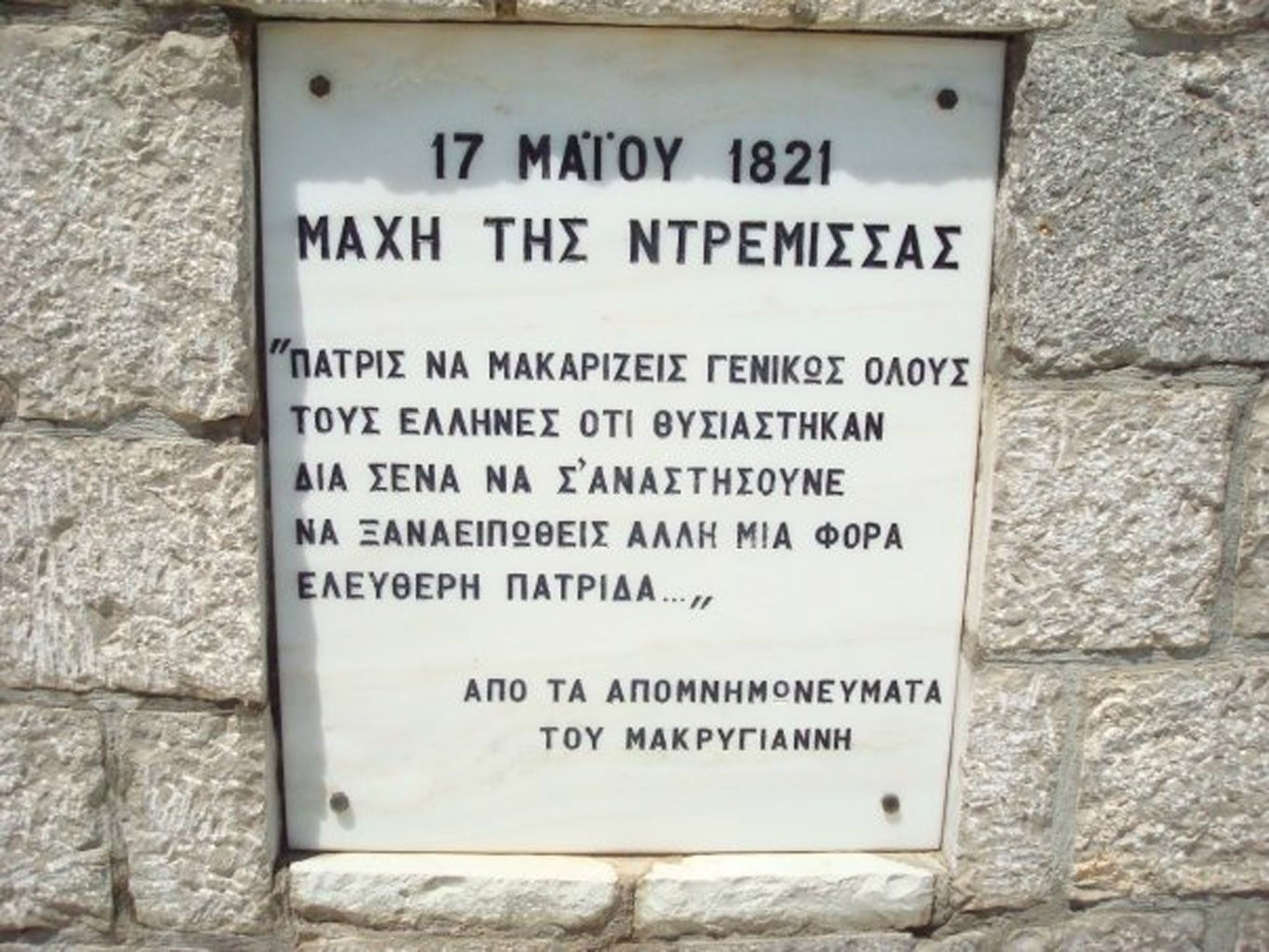 The Battle of Dremissa was one of the first major victories of the rebellious Greeks. It took place on 17th May 1821 in Arvanitorachi of Roumeli, outside of the village Panourgias that then is called Dremissa.

In memory of the great victory of the Greeks against the Turks, on the third Sunday of May each year, it is honored the memory of fallen soldiers in the Battle of Dremissa. It was shortly after the beginning of the Revolution, when Turkish troops crossed Roumeli to occupy Amfissa, the historical Salona. In place of Arvanitorachi in Gkiona, they Greek thieves’ guerillas attacked to them, led by John Gouras, who came from the village Dremissa that was near. With the victory in the Battle of Dremissa, the course of the Turks was overthrown and the morale of the insurgents was boosted, not only in the region but in all parts of the Rebellious Greece.

Today at the point where it had taken place the Battle of Dremissa is celebrated a memorial requiem, wreaths are deposited and holds a minute’s silence as a tribute to our national heroes.